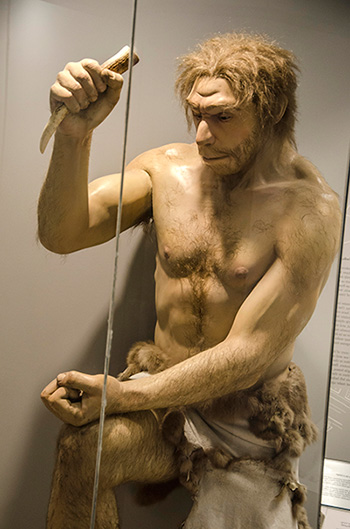 Modern humans are one of the most biologically successful, and unique, living mammals. Through the development of extensive and elaborate technology, we have become a major influence on the modern world, modifying it for our purposes and altering the lives of other creatures. Ancestors will lead you through those aspects of modern humanity that makes us unique and successful tracing the path of evolution through the past four million years. Walking on two legs, and the use of tools, symbols, and language have their own evolutionary trajectory throughout the era of human emergence. All of these traits, along with other unique human behaviors, merged to produce that complex biological and cultural creature we know as Homo sapiens.

This exhibit will also introduce you to our ancestors and close relatives, first came the early apelike Australopithecus (A.)* afarensis and A. africanus; these eastern and southern African  relatives were the earliest humans. Their descendants included the large-jawed A. boisei and A. robustus, as well as the first member of our own biological group, Homo habilis. Homo habilis was the first of the lineage, leading through Homo erectus and Homo neanderthalensis  to ourselves (Homo sapiens), that exhibited the emergence of most of what we recognize as humans. These ancient relatives will take you through the story in which all of our ancestors had a role.

People of the Southwest 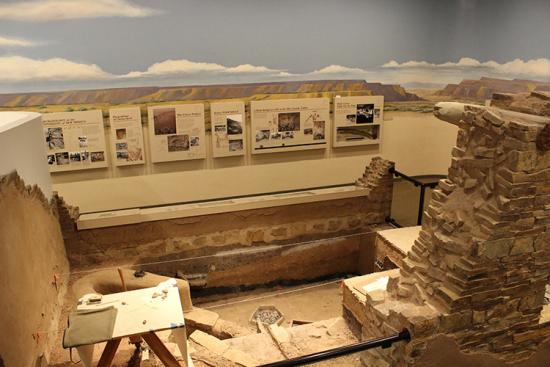 People have lived in the American Southwest for nearly 12,000 years. The first Southwesterners were descendents of immigrants from Asia. They came to an unknown world but quickly and successfully made it their home. The exhibition reconstructs aspects of daily life, the ways in which people related to one another through particular kinds of artifacts and architectural structures, and infers some aspects of spiritual life from the symbolic features of art and aesthetic expression. Together, these insights offer a fascinating picture of the remarkable history of the American Southwest.

The People of the Southwest exhibition includes a collection of pottery from the Colorado Plateau to the Sonoran desert dated 975 -1.600 CE, with samples of prehistoric Mimbres, Cibola, Rio Grande and Casas Grandes objects.  A reconstruction in the Museum illustrates how archaeological sites commonly look when they are being excavated.

The exhibition celebrates the cultural history of the Southwest, especially the close relationship southwestern people have had with the land around them. Through time, the connection between people and land has produced a deep spiritual bond that continues today in the daily life of many communities.