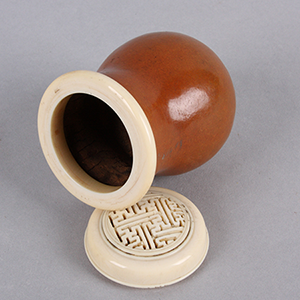 In 1968, the Museum of Anthropology received an extraordinary collection of 300 musical instruments from around the world. The collection came to the Museum via biology professor David Kidd, from his father Albert, who donated the collection in honor of his late wife, musicologists Elizabeth Ayres Kidd. This wide-ranging ethnomusicology collection received later additions from UNM Professor George Springer.