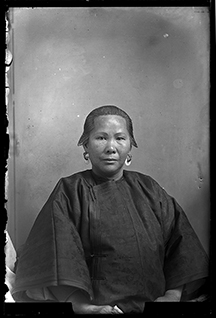 In the nearly 50 years since the Maxwell Museum of Anthropology has been in its present location, the Museum has hosted approximately 150 temporary exhibitions. In recognition of Asian American and Pacific Islanders Month, this month we feature Maxwell Museum exhibitions that looked at AAPI communities and contributions to the New Mexico and the world.

To see a brief video encapsulation of the exhibit and tour through this little known history of New Mexico, visit COMMUNITIES IN CONTEXT: CHINESE AMERICANS OF NEW MEXICO