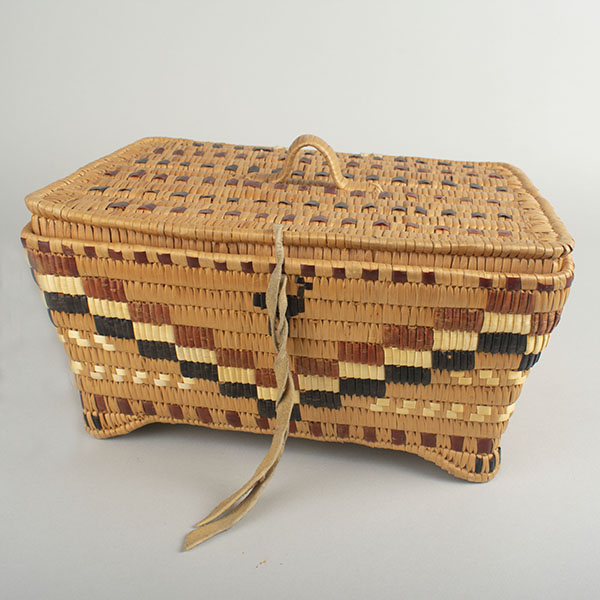 To Make Things Beautiful: Plateau Native Baskets opened at the Maxwell Museum in February 1999. Guest Curators Professor Joyce Szabo ( Native American Art History) and MA Student Rebecca Head (MA Student, Native American Art History). The exhibition featured baskets from the Plateau region between the Cascade and Rocky Mountains of Canada and the United States. and explored the diversity of baskets in the region and the multiple roles that baskets played in the past and present in the lives of Plateau peoples—as carrying bags, containers, garments (hats), and ceremonial and art objects. Most of the baskets in the exhibition came from two  Maxwell Museum Collections—the Stella Hatfield Collection (1982) and Muriel Karlson Collection (1960), and date to the first half of the 20th century and the exhibition also explored the history of their collecting. Several public programs accompanied the exhibition, including demonstrations by basket weavers Rodney Cawston (Confederated Tribes of Colville Indian Reservation) and Pat Courtney Gold ( Wasco/Wishram) who generously shared their knowledge with Museum visitors. The Museum acquired a “sally bag”  made by Ms. Courtney Gold, adding a more contemporary piece to its collections. The exhibition was supported by the New Mexico Endowment for Humanities, the City of Albuquerque Urban Enhancement Trust Fund, and private donors.