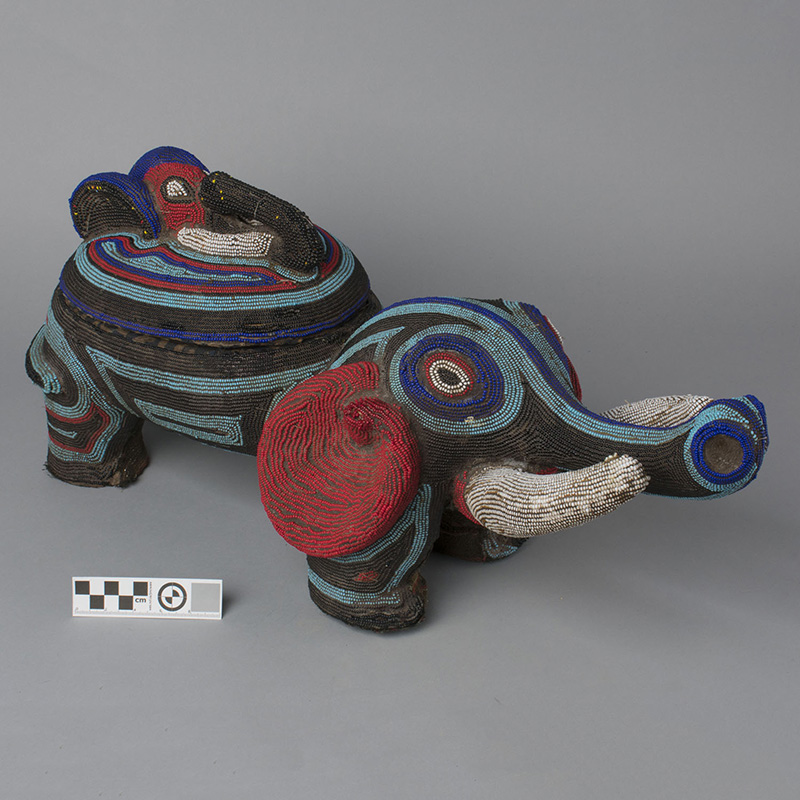 This fully-beaded elephant-shaped box with lid was made by the Bamileke people of West Cameroon, Africa. The body and head of the elephant are carved from a solid piece of wood, and covered with beadwork over its entire surface. The beads are likely glass, in red, white, black, blue, light blue, and occasionally yellow. The box is accessed through a lid in the shape of a smaller elephant’s head which rests on the back of the figure. This object was donated to the Maxwell Museum in 2019 by Lara Johnson.

In the hierarchically stratified Bamelike society, elephants are associated with political power. Beadwork is also associated with high rank, given that beads were imported and costly, and the fon (king) had a royal monopoly on the trade and use of glass beads. This box may also have associations with the Elephant Masquerade, an important masked performance within the royal court controlled by a society that assists the fon to preserve and enforce hierarchy. The allover beaded decoration of this sculptural box is typical of high-rank Bamilike beadwork.

To learn more about Bamileke beadwork, check out this video:
https://youtu.be/w0TeZM3DPVU