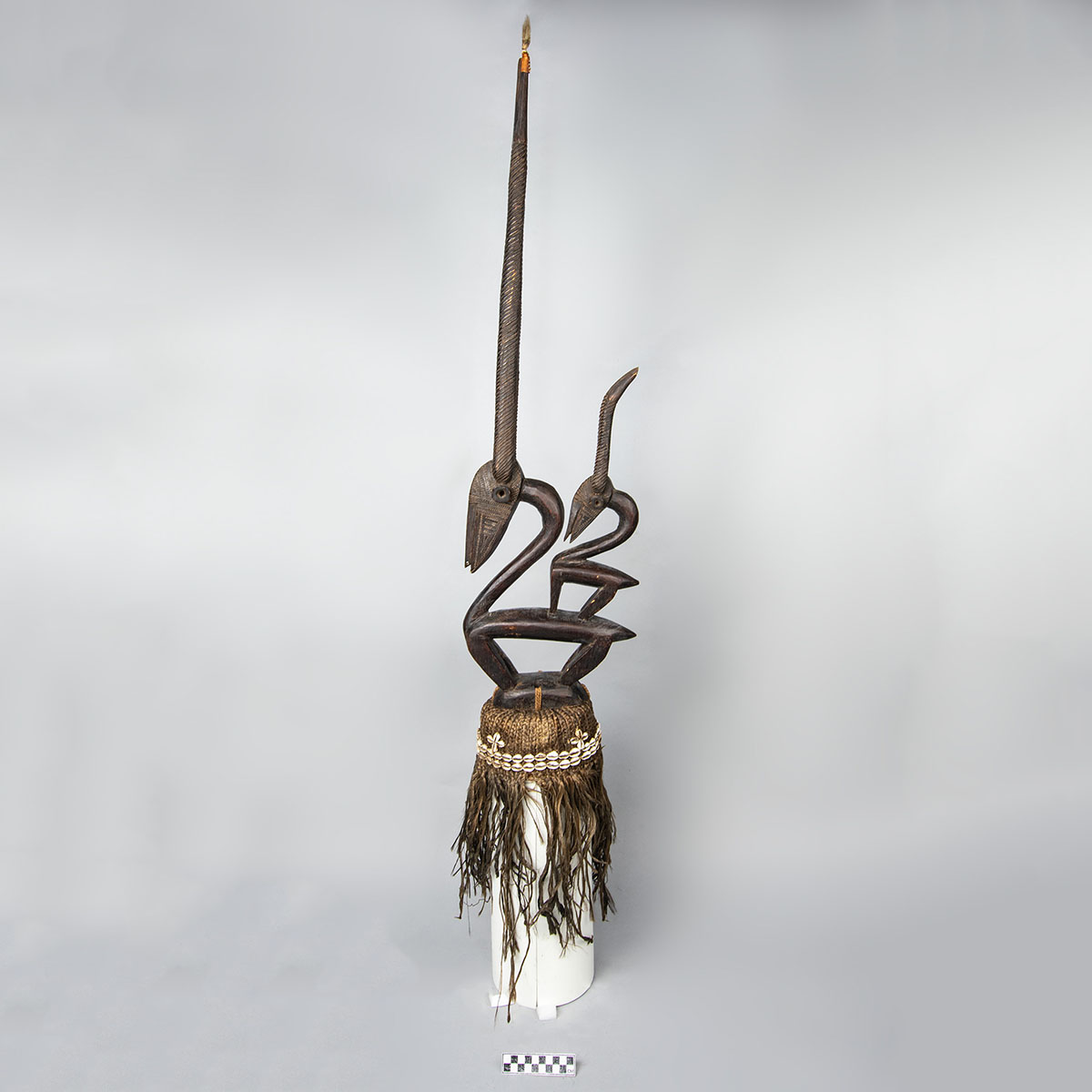 Art historians consider the ci wara (first documented in print in 1912 by a Frenchman as “Tyi Ouara”) to be the iconic African sculpture.  France colonized the region of West Africa now known as Mali (République du Mali) that included the Bamana or Ségou Empire, from which these now well-known African objects derive.  This region had a long, complex history of indigenous empires before coming under French colonial control from the early 19th to mid-20th centuries.  Made by Mande-speaking peoples, ci wara were prominent in the 19th-20th centuries but fell into disuse after political independence from France in the 1960s and subsequent social upheavals.

Ci Wara is also the name of a culture hero associated with the origin of agriculture and the men’s agricultural society associated with him.  Considered a noble male pursuit, farmers had high status in this stratified society.  More than an economic endeavor, farming was also important in religious and political life.  The culture hero, half mortal and half animal, brought the knowledge of cultivation, key to human prosperity to the Bamara. Used in performance, the carved headdress acknowledged the bond between humans and their environment, celebrating Ci Wara’s memory.

The carved, figural element is one component of an entire ensemble.  (Indeed, some West African cultures have no word for “mask” to distinguish a headdress from the costume.)  The wooden sculpture is attached to a basketry hat worn by a dancer, as this example shows.  From it flow long raffia extensions, important components of the dancer’s costume.  The headdress is an integral part of this larger aesthetic construction that becomes enlivened in performance.

This example is a female ci wara, considered a tribute to motherhood or maternity, that depicts an adult oryx and her fawn.  How these elements relate is not only important aesthetically, but also symbolically, as an expression of ideal sociality in harmonious relationships.  Ci wara were danced in pairs, male and female together, expressing an elemental union between male (roan antelope and sun or fire), female (oryx antelope and earth), and water (raffia rivulets on the headdress and costume) united in productive, life sustaining activities (fawn and harvest).  The complex, formal orchestration of these material and symbolic elements, animated in performance, articulates the full aesthetic dimensions of the ci wara for the Bamana people.

This elaborate headdress was donated to the Maxwell Museum in 1979 by Mr. Louis Jelenik.