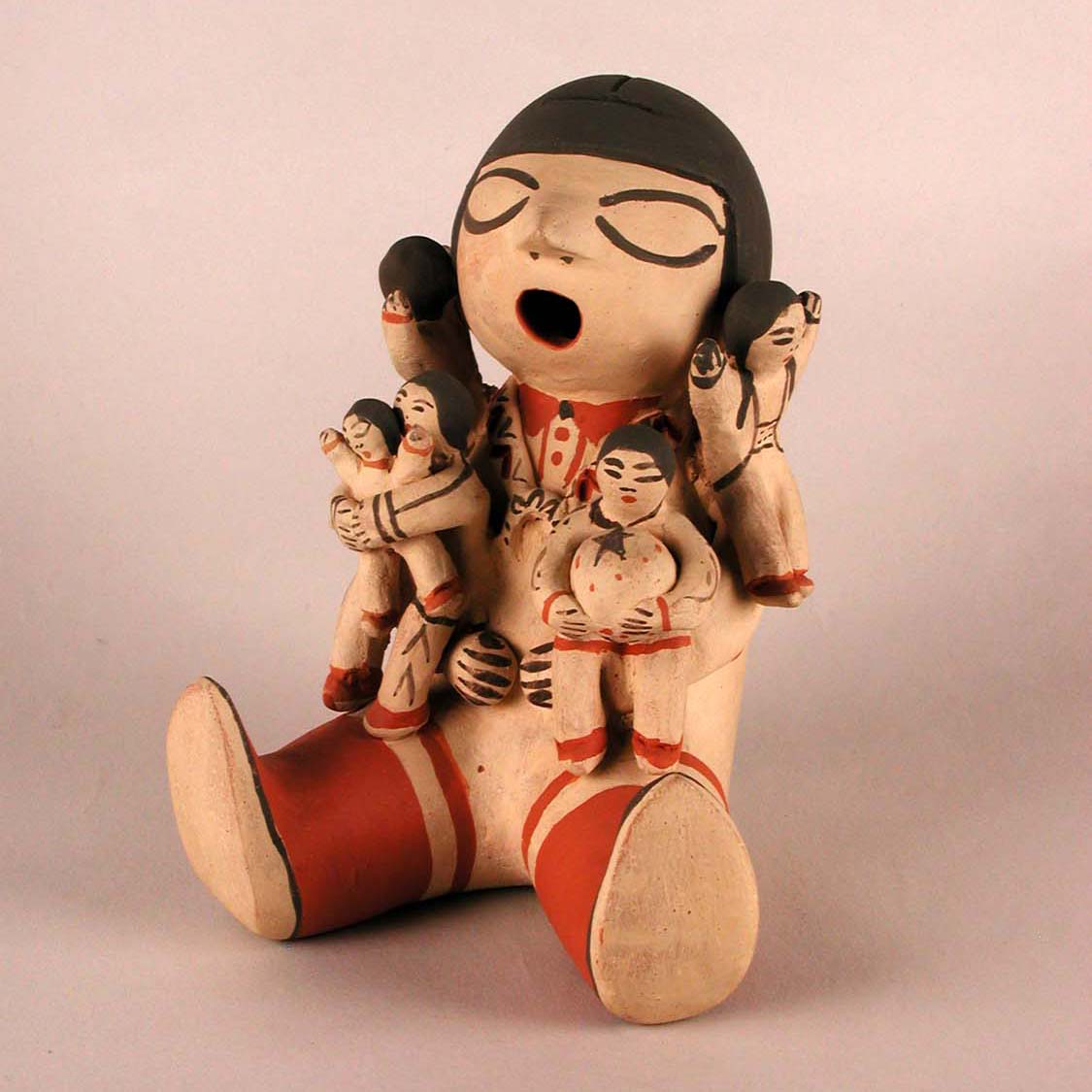 This storyteller figurine by Dorothy Trujillo (1932-1999) shows a seated male figure wearing a squash blossom necklace and holding five children in his arms. One of the children is holding a ball. The adult figure has closed eyes and an open mouth. The open mouth depicts a speaking elder, and the figurine  honors the valued tradition of storytelling in Pueblo societies in which elders narrate stories to children and grandchildren. It was donated to the museum in 1980 by the Maxwell Museum Association.

Dorothy Trujillo’s parents were from Laguna and Jemez Pueblos, and she learned to make pottery from her mother and grandmother. When she married Onofre Trujillo of Cochiti Pueblo, she moved to Cochiti and learned Cochiti-style pottery from her husband’s aunt, Damacia Cordero.

The first storyteller figurine was made by Helen Cordero of Cochiti Pueblo around 1964, created in honor of her grandfather, Santiago Quintana, who was a traditional storyteller in his community. Since that time, storyteller figurines have become both elaborate and popular collectibles, including as miniatures incorporated into jewelry, that are made at several Pueblos.