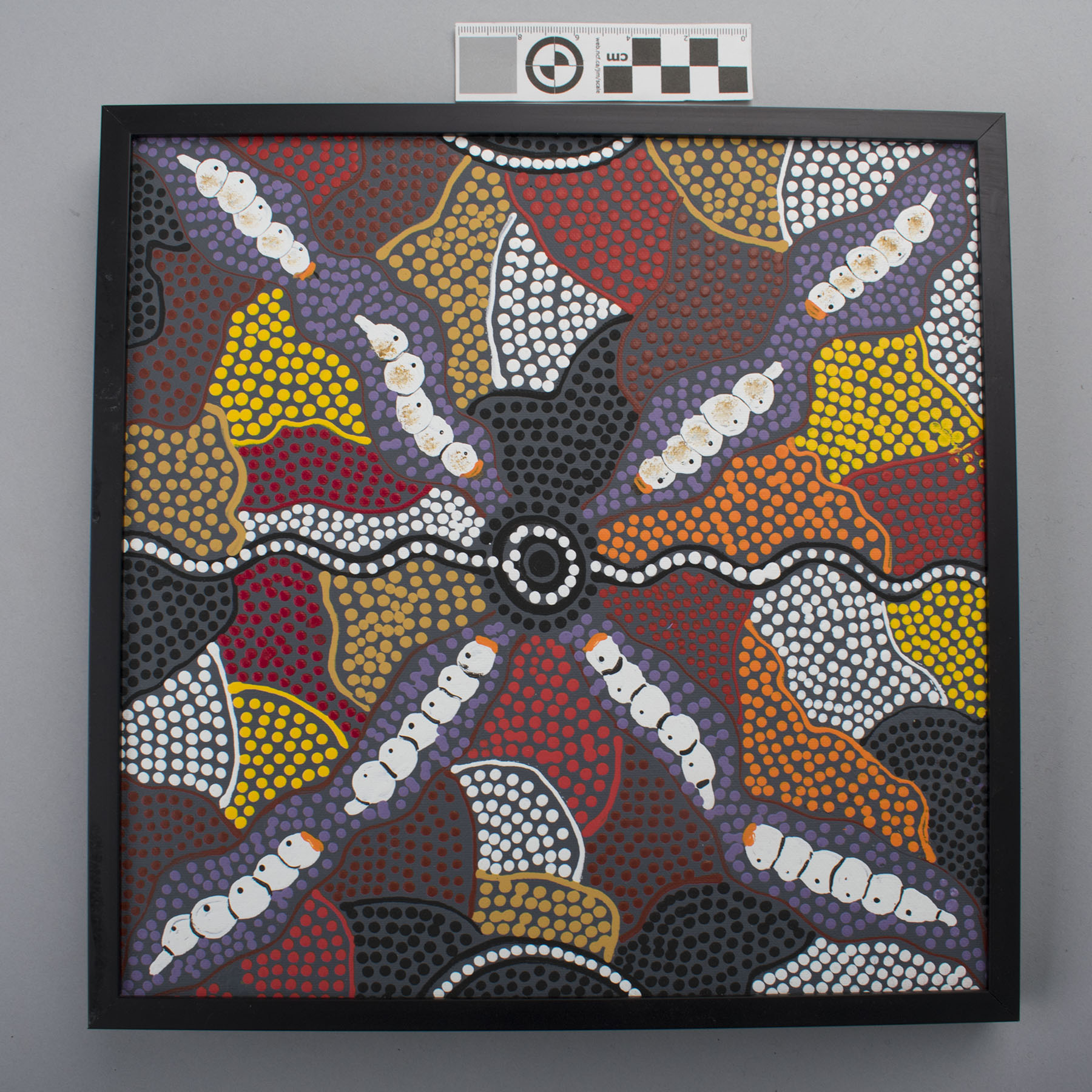 This painting on canvas by Australian Aboriginal artist Dawn Nipper is entitled “Maku Wichetty Grubs.” It depicts four bands of purple radiating out from a central black and white circle. Each band has two white grubs with orange dots at their heads. The background is filled with asymmetrical areas of dots in yellow, red, orange, brown, and black. Allene and Walter Kleweno purchased it in 2005 at the Uluru Arts Center and donated it to the Maxwell Museum in 2017.  Uluru (also known as Ayers Rock) is a massive sandstone formation in Australia’s Northern Territory. It is a UNESCO World Heritage Site and is sacred to the Aboriginal people of the area.

The Witchetty grub is the larval stage of a wood moth that eats the woody roots of the witchetty bush (also known as Acacia) and feeds on the root sap. The grubs can be eaten raw or cooked over hot ash and are a rich source of protein and vitamins, making them an important food source for Aboriginal peoples living in the arid areas of central Australia.

To learn more about Australian Aboriginal art from the area around Uluru, visit https://parksaustralia.gov.au/uluru/pub/UKTNP-A4FactSheet-AnanguArt-SMALL.pdf

And check out this interesting site which proves mathematically that Whichetty grubs are a better source of protein compared to beef!