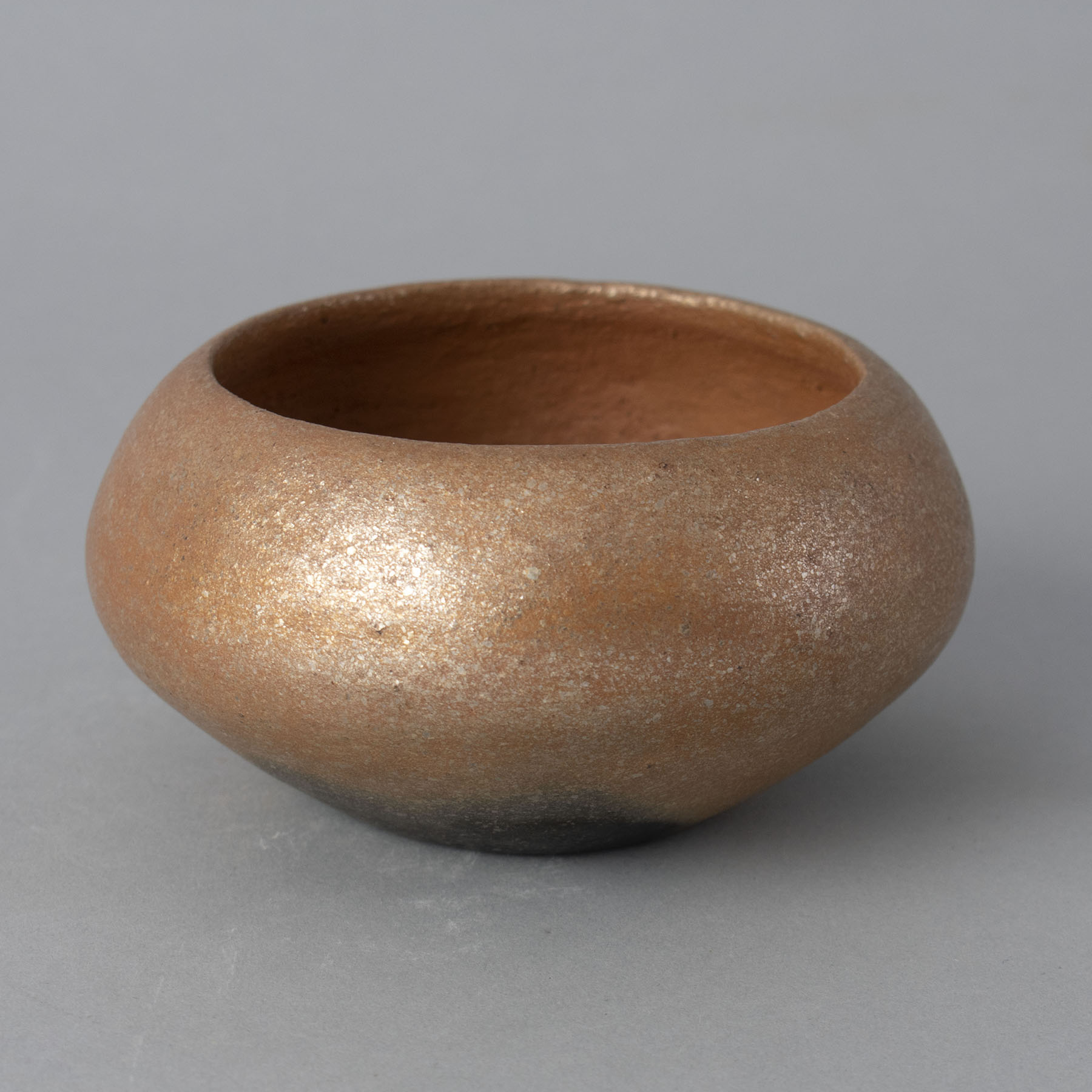 This small ceramic bowl was created by Picuris Pueblo potter Anthony Durand in 1976. The bowl has a golden shine to it due to the mica found in clay deposits in Northern New Mexico near Picuris and Taos Pueblos. Mica is a silicate mineral that has a crystal structure that forms thin sheets. The mica in the polished clay slip on this bowl creates its bright metallic or lustrous sheen. The bowl was donated to the Maxwell Museum in 2013 by Bruce Spence and Milo Robinson.

Anthony Durand (1956-2009) learned pottery making from his grandmother, Cora Durand. Cora began making pottery in the late 1950s, and represented Picuris Pueblo in a 1974 Smithsonian Institution exhibition, where she travelled to Washington, D.C. and met President and Mrs. Nixon. At the time, she was one of only two Picuris Pueblo potters making traditional Picuris pottery. Anthony and Cora were both instrumental in preserving and reviving the distinctive micaceous pottery traditions in their community.

To learn more about the micaceous pottery of Northern New Mexico, check out this online exhibit by the Bureau of Indian Affairs Museum Program:
https://artsandculture.google.com/culturalinstitute/beta/exhibit/micaceous-pottery-of-northern-new-mexico-bureau-of-indian-affairs/dwLSRvkhVDotKA?hl=en