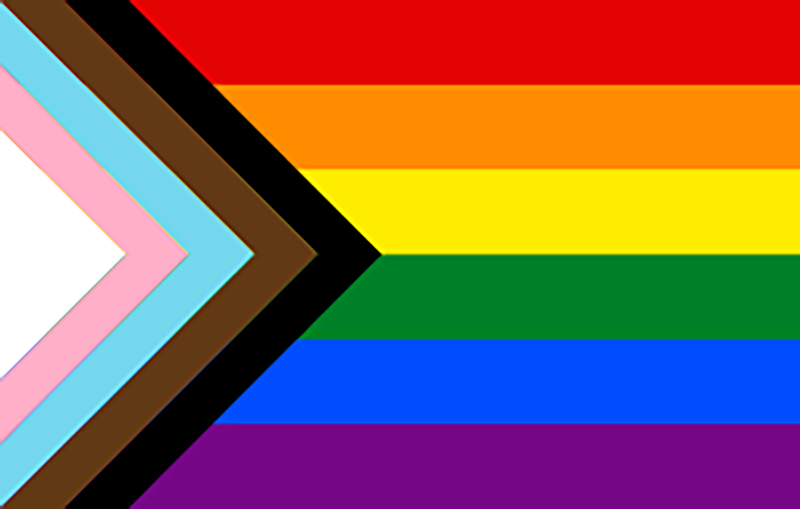 I. QUEER ANTHROPOLOGY (by Devorah Romanek) 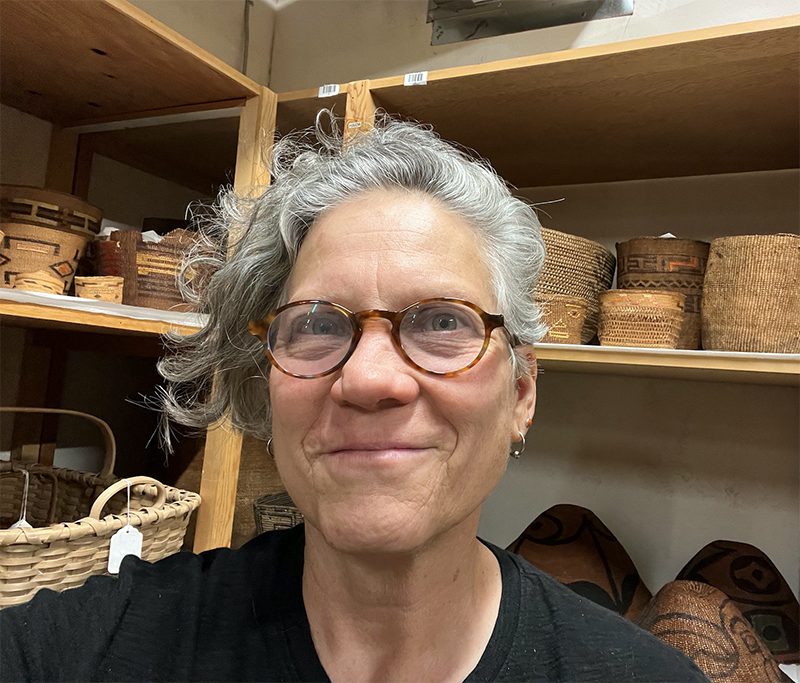 Anthropology, right along with museums, or really hand-in-hand with museums, has also been guilty of ignoring, erasing, distorting or obscuring LGBTQ+ histories, cultures, and stories.

Anthropology is the study of humans through time, and has four subfields:archaeology, bioanthropology, linguistic anthropology, and social-cultural anthropology. Gender and sexual variation have been a constant in human existence, expressed variably through time and cultural context. However, the discipline of anthropology has been, until fairly recently, unwilling to acknowledge this fact. Even today, the willingness to acknowledge gender and sexual variation beyond the heteronormative two genders (male and female), and one sexuality (heterosexual)—or to correct the anthropological record on that score—has not been overwhelming.

With this blog post, I first offer a small summary of some notable people in the field of anthropology who have been or are outside the heteronormative vein, and, second, introduce you to the study of what is currently called “queer anthropology.”

For a quick definition of queer anthropology, and the use of the term “queer” as found on the online anthroencyclopedia:

“Once a slur, the term ‘queer’ now is used to critique restrictive, dominant norms of respectable conduct and to recast sexual and gender variations in positive terms. With roots in twentieth-century anthropological studies of sex and gender, queer anthropology is also part of interdisciplinary scholarship on queer existence that defines sex and gender as key axes for the distribution of status, resources, membership, and value in a society. The aim is not to describe gay, lesbian, bisexual or transgender (LGBTQ) life in universal terms. Rather, ethnographies emphasize the different forms that queer existence takes. Queer anthropology explains the conditions that shape queer life, such as cultural understandings of sexuality, legacies of colonial regimes, or global flows of popular culture. This entry explores four foci that characterize queer anthropology: language, especially categories of identity; varying forms of transgender roles; a geographic emphasis on the United States; and the relation of local sex/gender diversity to the global expanse of Western forms of lesbian and gay identity.”

Broadly speaking, anthropology as we know it was founded in the 18th century but became an important area of study in the 19th century, coming to prominence in the age of growing empire building and colonialism. Some of the anthropologists of this general era, particularly the late 19th and early 20th century were what we would now call “queer.”

Johann Joachim Winckelmann was a German 18th century Historian and Art Historian, and one of the founders of scientific archaeology. Winckelman was openly homosexual, and homoeroticism informs his writings on aesthetics. 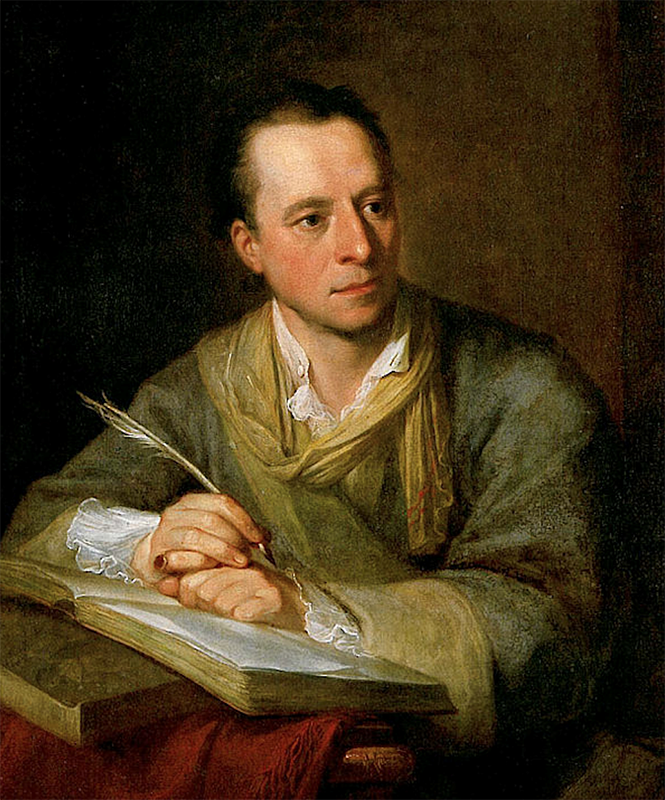 Mary Anning was an early 19th century English archaeologist, paleontologist and fossil hunter, renowned for a series of discoveries she made while fossil collecting in the rock formations around Lyme Regis (and subject of the 2020 film Ammonite, starring Kate Winslet) “ The lesbian relationship Anning has in the film is fictional, and it is not clear if Anning was actually queer. But as a woman scientist of the era, she certainly stood outside of the gender and sexual norms of her time and place. 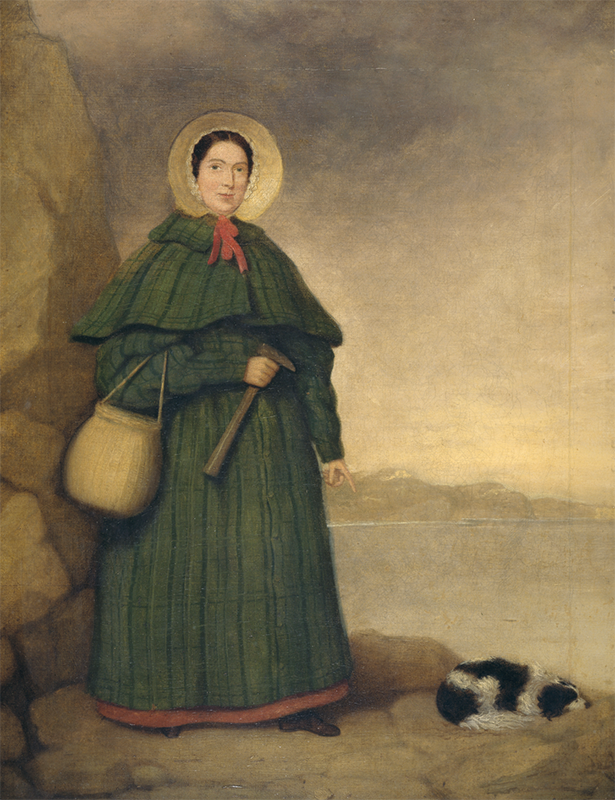 Baron Franz Nopcsa von Felső-Szilvás was a late 19th and early 20th century archaeologist, anthropologist, geologist and adventurer, and one of the founders of paleobiology, which uses current biota and fossils to answer questions about the evolutionary history of life. He is particularly known for his study of dinosaurs, as well as for his studies on insular dwarfism. Additionally, he was a specialist in Albanian studies, and it was during these studies that Nopcsa met Bajazid Elmaz Doda, an Albanian who became his lover. 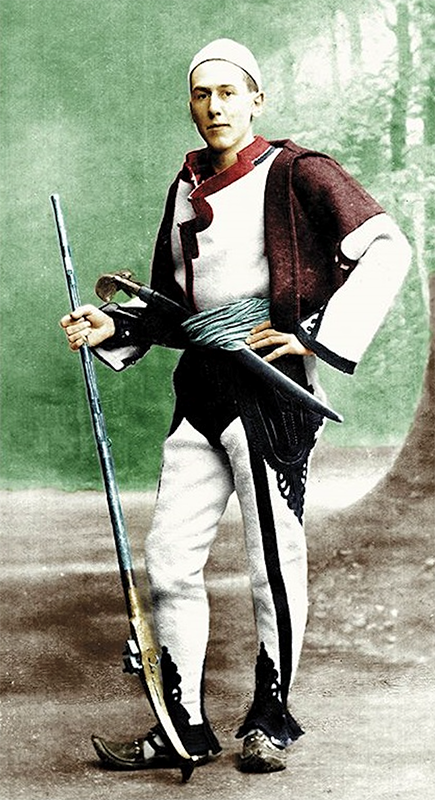 Bajazid Elmaz Doda is known as an ethnographic writer and photographer in his own right. After 2 years as Nopcsa’s assistant and lover, Nopsca murdered him and then committed suicide. 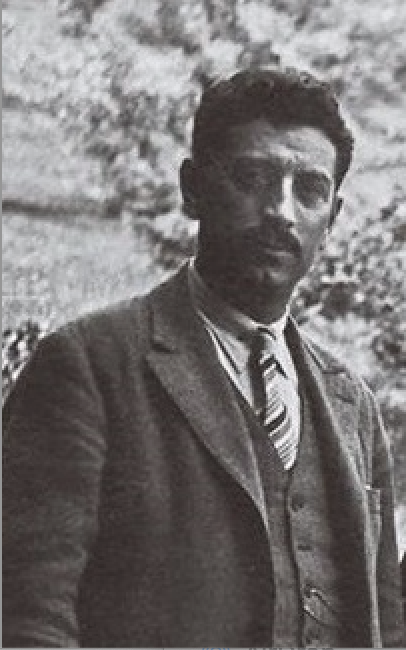 Ruth Benedict. In the 20th century, two of the most well-known American anthropologists were women, and lesbians, Ruth Benedict and Margaret Meade, and they too were involved with each other. Benedict went to Vassar and subsequently studied anthropology at the New School of Social Research, studying under Elsie Clews Parsons. She next took up graduate studies at Columbia in 1921, studying under Franz Boas, and ultimately receiving her PhD and joining the faculty at Columbia. Benedict did field research in the American southwest and Canada, studying Indigenous cultures, as well as writing about cultural relativity and abnormality, and arguing that homosexuality was not a disease. 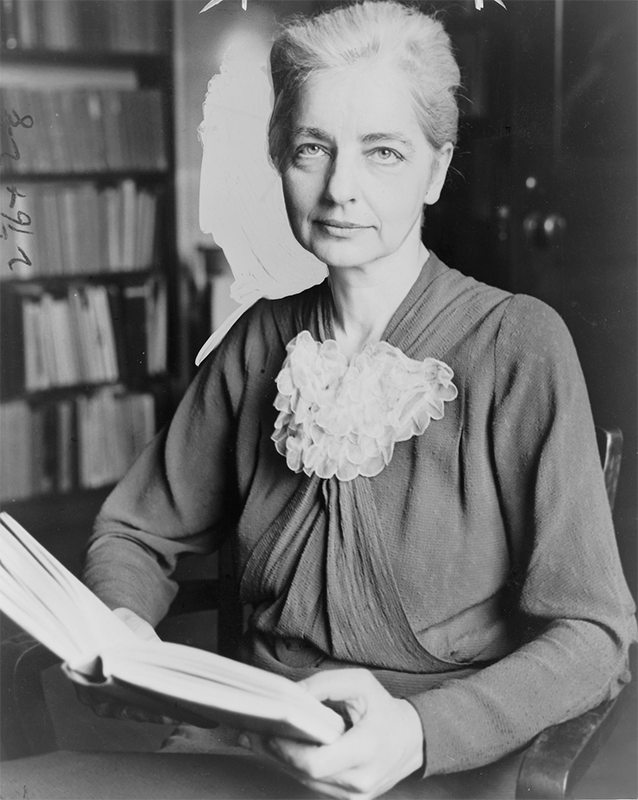 Margaret Mead. It was as a professor at Columbia where Benedict met Mead, who was one of her students. Mead did her undergraduate at Barnard, and completed her PhD at Columbia with Benedict and Boas. A controversial figure, Mead did her fieldwork about sexual attitudes in the South Pacific and Southeast Asia. She would also become an iconic figure of the sexual revolution of the 1960s. 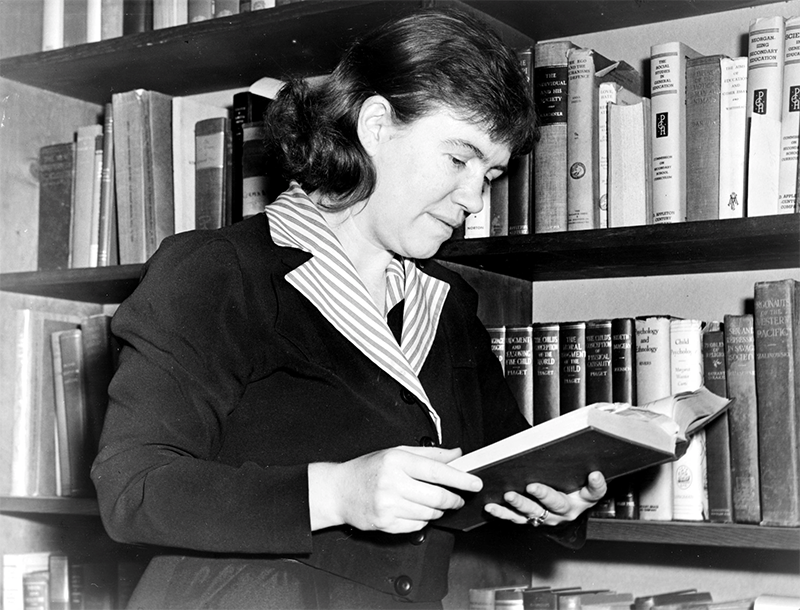 This is just a selection of the known queer anthropologists who have contributed to and formed the field of anthropology, their own identities, hidden or not, informing their work and the broader field.

The development of “Queer Anthropology,” along with “Queer Theory” began in the 1980s, with the foundational works of the queer American anthropologists Esther Newton and Eve Kosofsky Sedgwick.

Esther Newton conducted Studies that look at lesbian and gay anthropology, history, and human rights, and is known for her essay “The Mythic Mannish Lesbian: Radclyffe Hall and the New Woman,” among others. 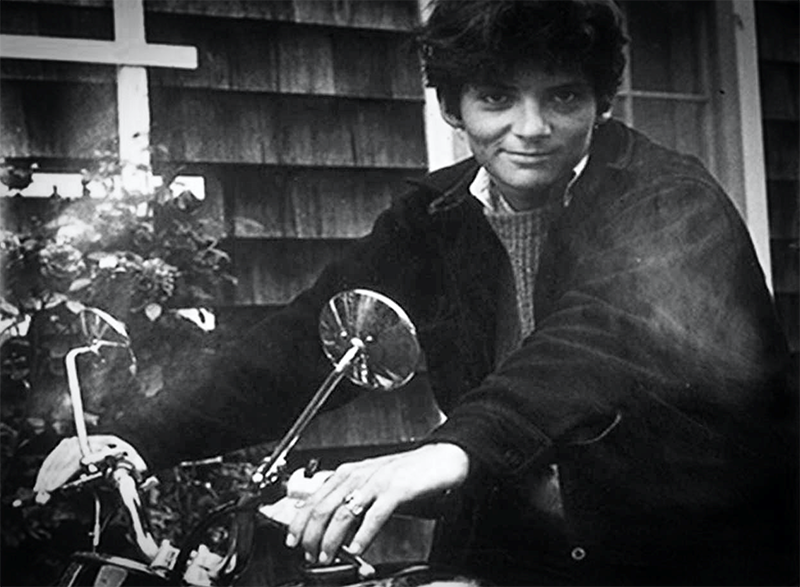 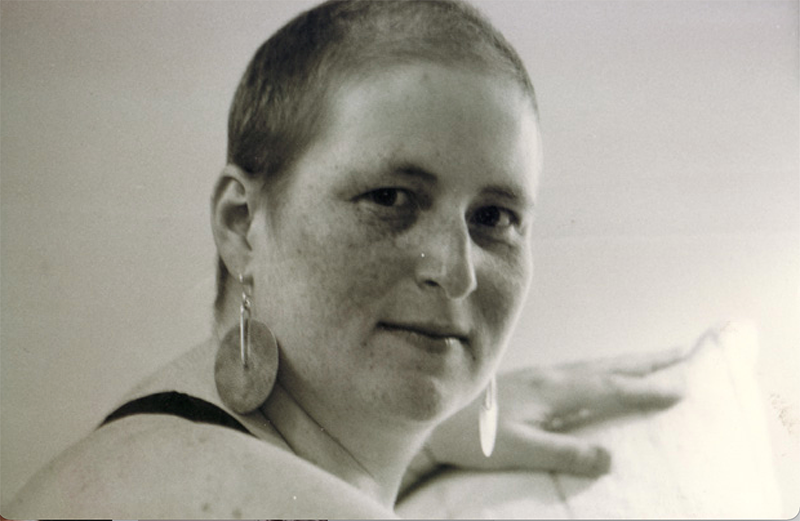 Also of note, is Gayle Rubin, another queer American cultural anthropologist. Her 1984 essay “Thinking Sex” had a significant impact on the study of sexuality and gender. 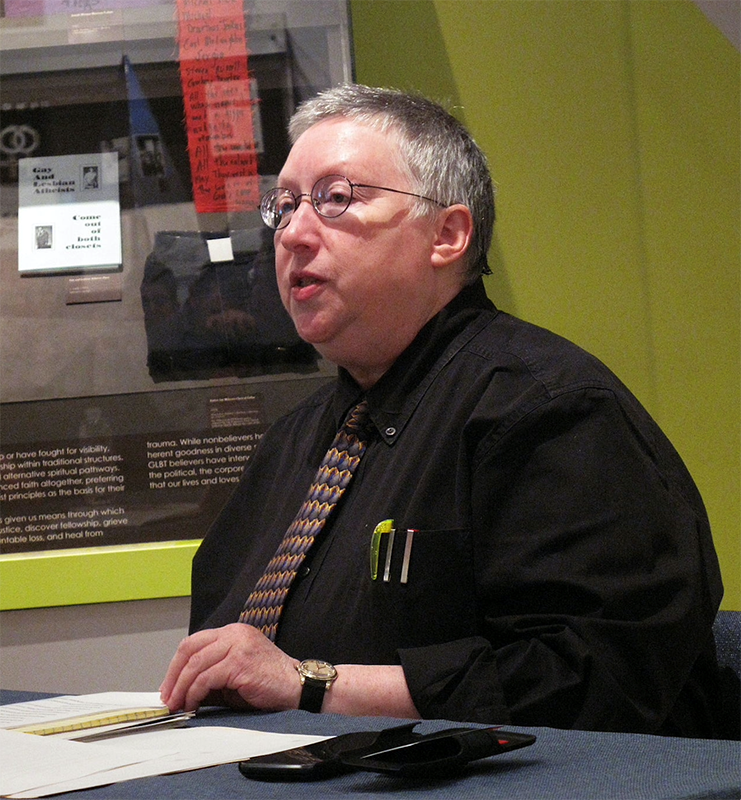 In 1988, as a result of these various developments, and those who, with their work and their lives, countered the heteronormative dominance of the field and study of anthropology, the Association for Queer Anthropology (AQA), formerly known as the Society of Lesbian and Gay Anthropologists (SOLGA), a section of the American Anthropological Association, was founded.

“… serves the interests of lesbian, gay, bisexual, transgender and other queer and allied anthropologists in the American Anthropological Association. AQA promotes anthropological research and education on homosexuality, bisexuality, transgender/transsexuality, and other sexual and gender identities and expressions, and their intersections with race, class, disability, nationality, colonialism and globalization.”

There are other organizations and individuals who continue to further this study, and render LGBTQ+ concerns, practices, communities, histories, individuals and stories visible and accessible in the field of anthropology. If you are interested to learn more, please see the links at the end of this post, and thanks for celebrating Pride with me and with the Maxwell Museum of Anthropology.