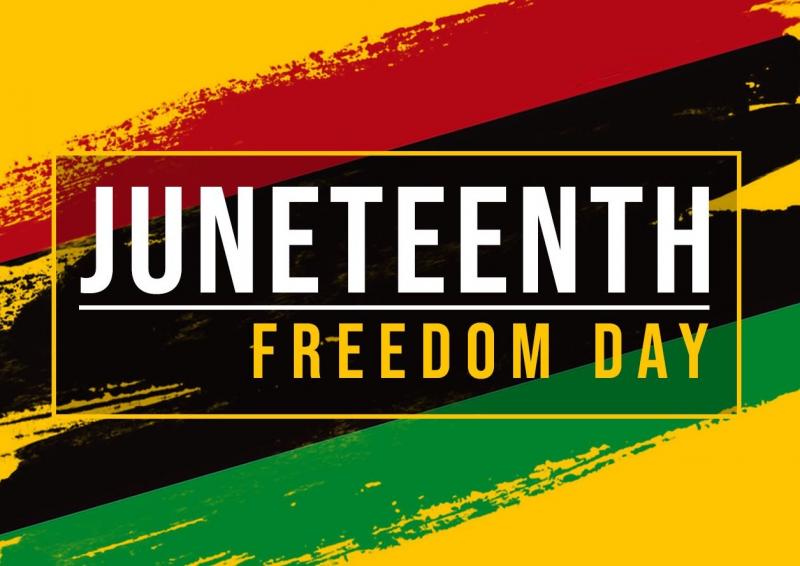 By Devorah Romanek, Curator of Exhibitions and Head of Interpretation, Maxwell Museum of Anthropology. 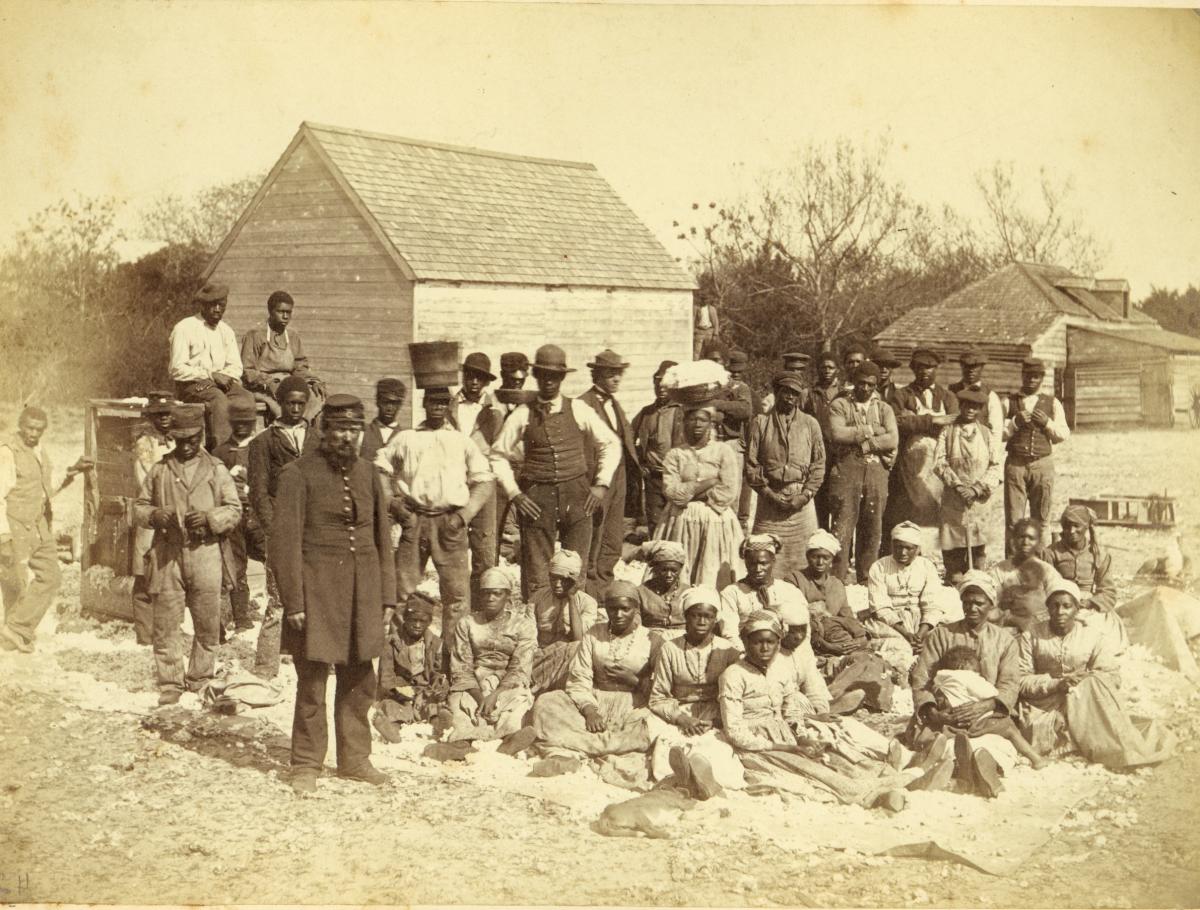 Slaves of the rebel Genl. Thomas F. Drayton, Hilton Head, S.C, May 1882, six months before they would be legally freed by the January 1, 1863 Emancipation Proclamation. The Library of Congress, Prints and Photographs Division, Civil War Photographs.

On June 17, 2021, Juneteenth was declared a federal holiday to take place every June 19th across the United States. It is an observance and celebration of the end of slavery, and it is the oldest national commemoration of that event. 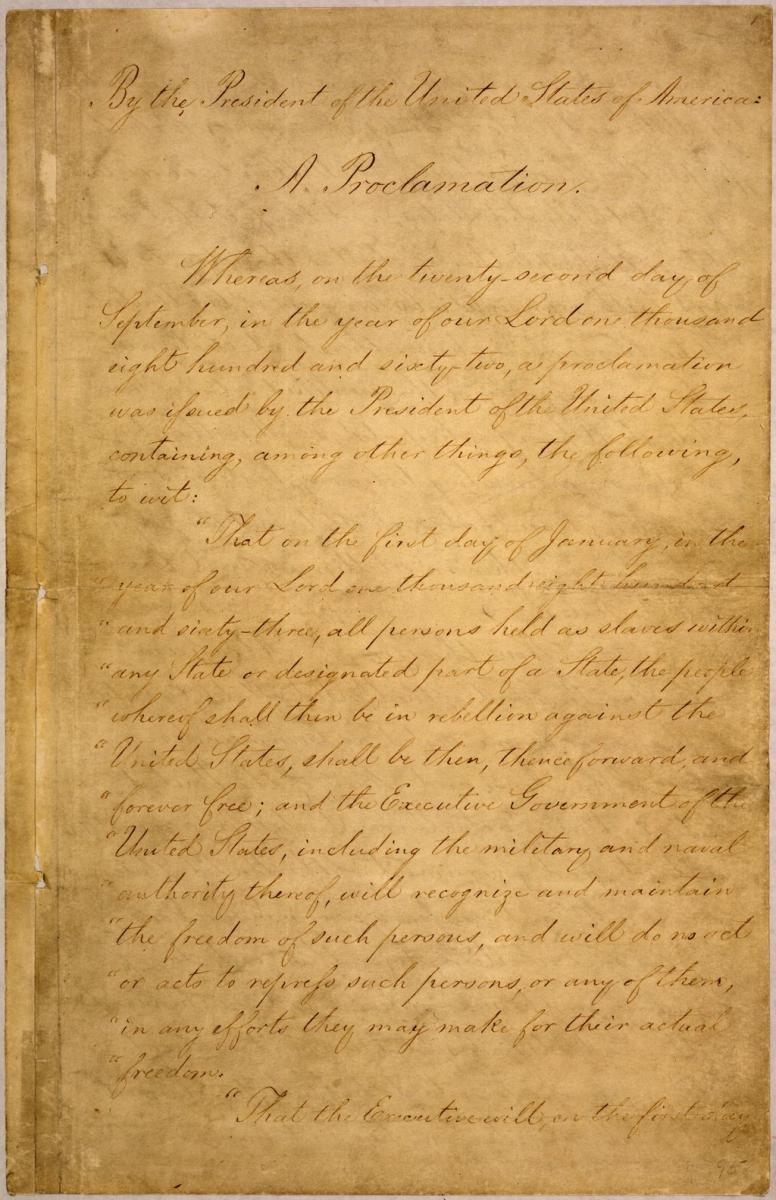 The first of five of the handwritten pages of the Emancipation Proclamation written by President Abraham Lincoln. The National Archives and Records Administration 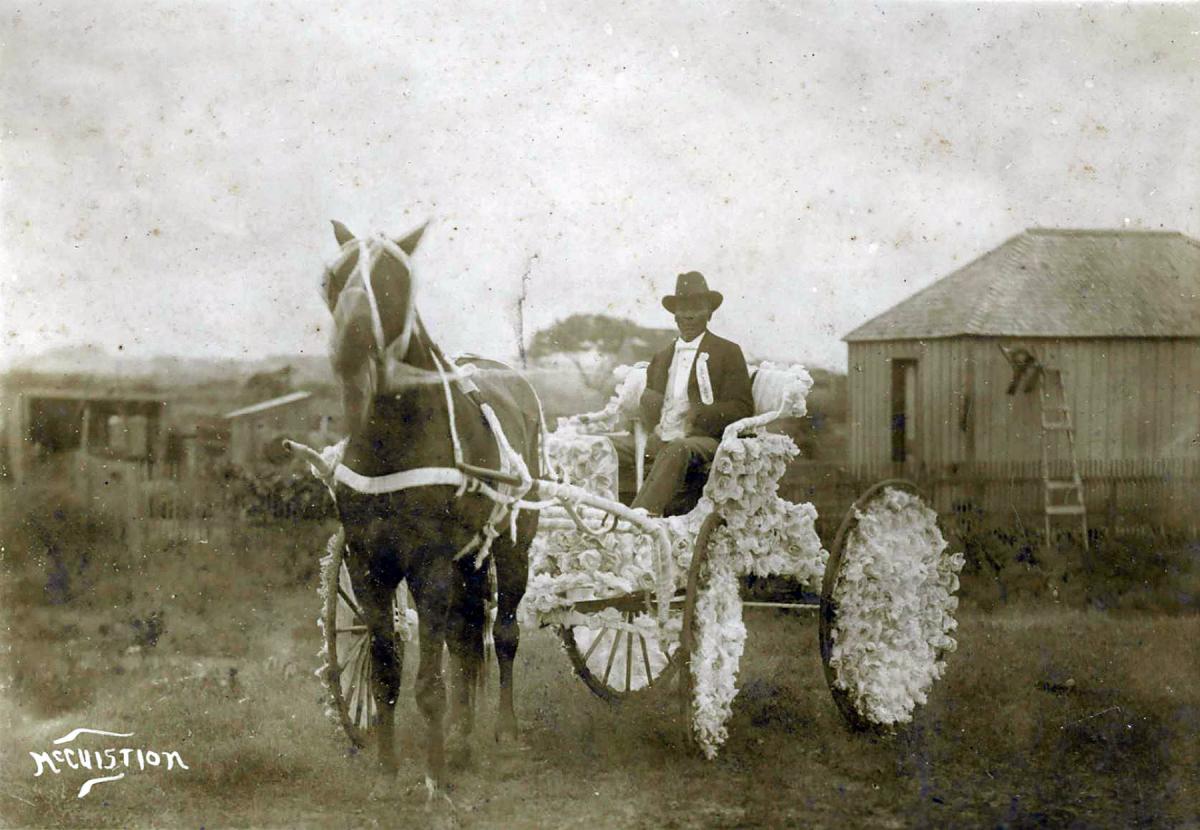 C Mr. Daniel N. Leathers Sr., in a decorated carriage celebrating Juneteenth, 1913, Corpus Christi, Texas. Mr. Leathers was born into slavery in North Carolina in 1855, and moved to Corpus Christi. There he became a successful merchant and was engaged in state politics. In the late 18th and early 19th century, such decorated carriages used to celebrate Juneteenth, with their drivers dressed in their best, were symbols of freedom. The DeGlover Library, Southern Methodist University.

Juneteenth traces its origins to Galveston Texas in 1865 as a response to the victory of the Union Army in the Civil War. Texas was one of the last states with institutionalized slavery and it was in Galveston on June 19th that Union General Gordon Granger read General Order No. 3 proclaiming freedom for enslaved people throughout Texas.  As various Southern states of the Confederacy fell during the Civil War, Jubilees, or celebrations of emancipation, were held. The Jubilee of the emancipation of Texas, being part of the final chapter of emancipation, has over time been taken up as the official recognition of emancipation. Kentucky, Delaware, and New Jersey were the very last states where slaves were waiting to be freed, which happened on December 18, 1865, when the 13th amendment banning slavery was officially proclaimed. 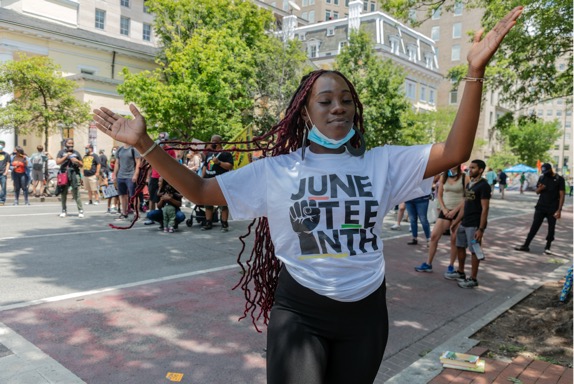 Dancers and marchers visit the 2020 Juneteenth Celebration on Black Lives Matter Plaza in front of the White House, June 19, 2020, by Carol Highsmith. The Library of Congress, Prints and Photographs Division, Civil War Photographs.

It is only in recent years that Juneteenth has been recognized in the larger American consciousness, as the practices of Jim Crow (local laws enforcing racial segregation in the Southern United States) in the early 20th century helped suppress its acknowledgment and celebration. 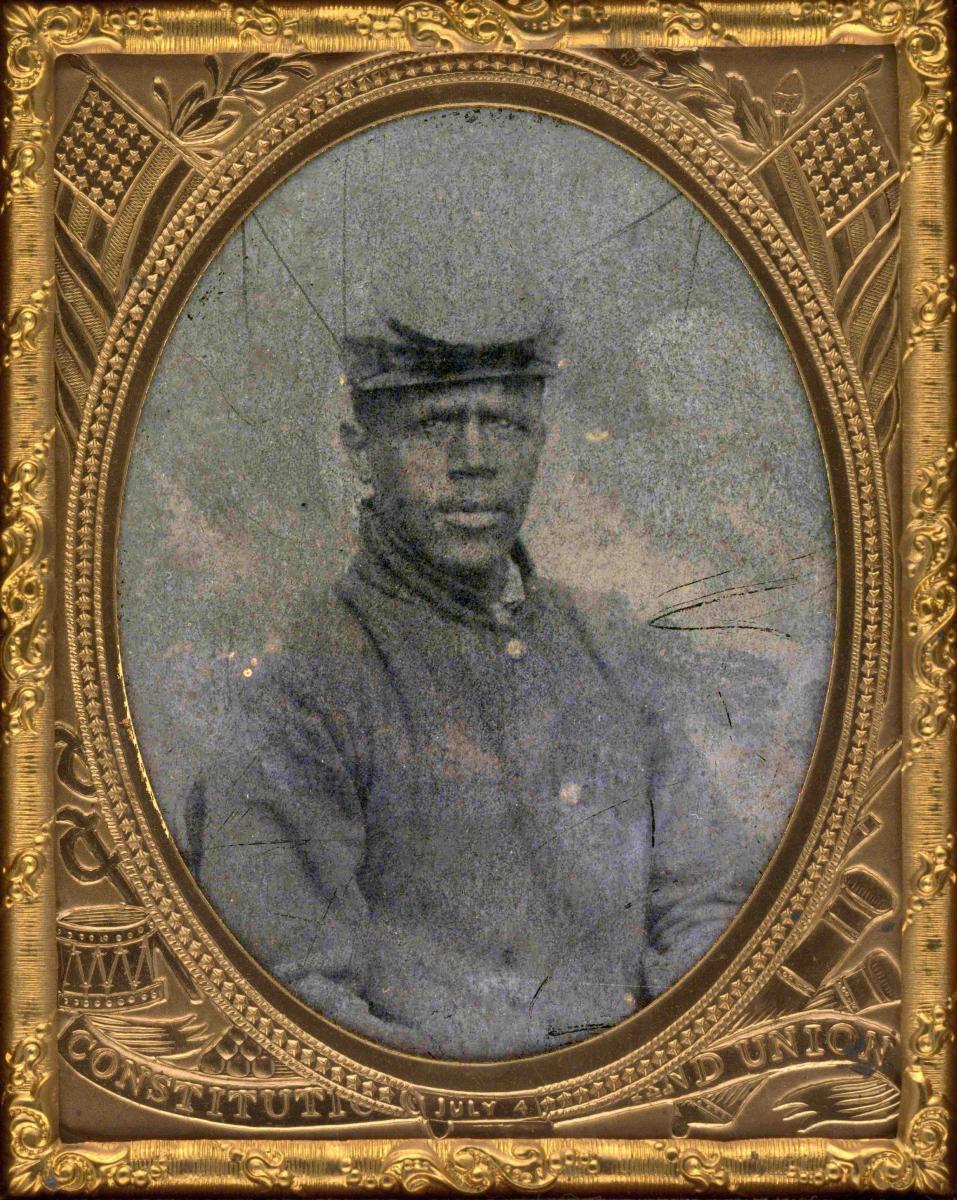 Private Richard Sanders of Co. H, 125th U.S. Colored Troops Infantry Regiment (USCT) in uniform., 1865 As part of the 125th USCT, Sanders would have come with his regiment to New Mexico in 1866, marching from Ft. Leavenworth, Kansas in April, they marched overland to New Mexico along the Santa Fe Trail, arriving at their destination in August. The Library of Congress, Prints and Photographs Division, Civil War Photographs. 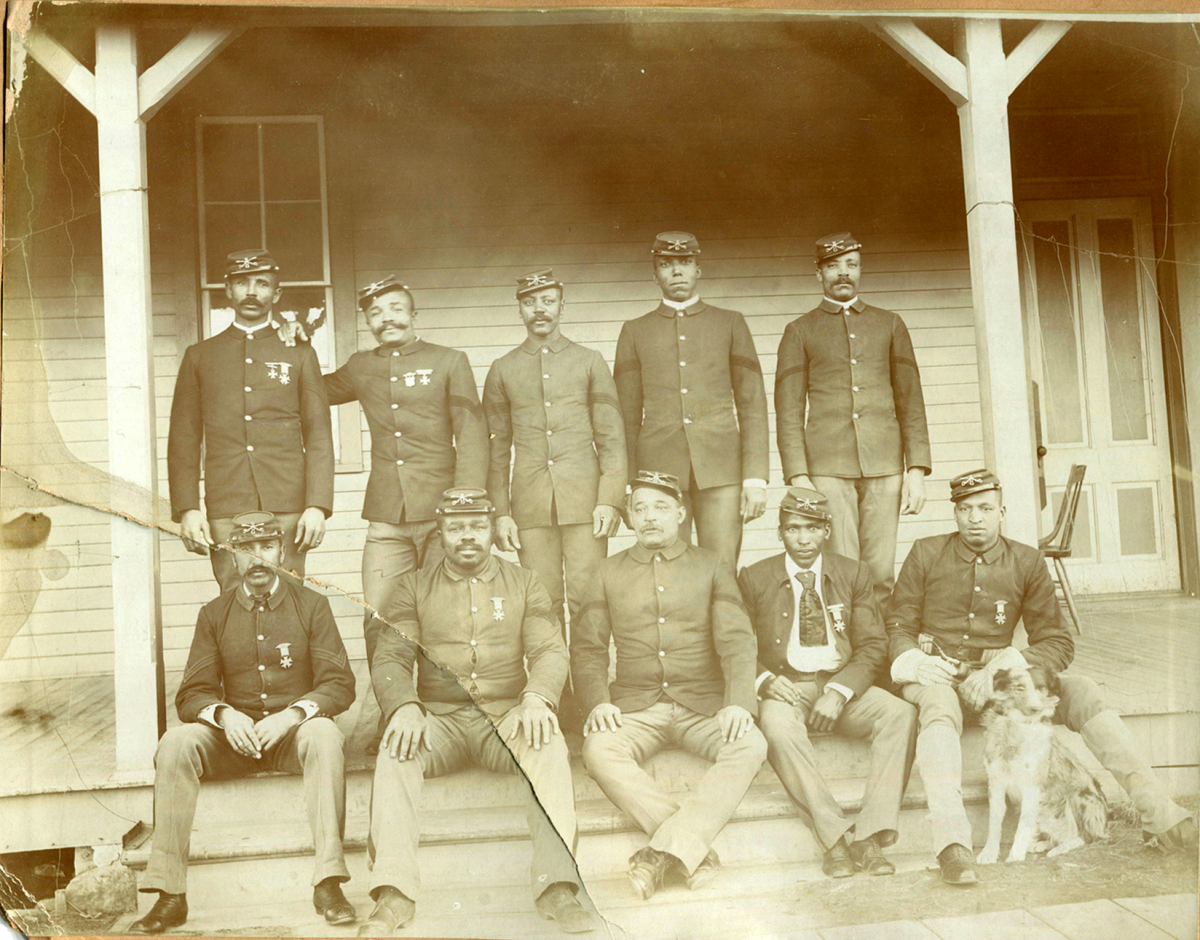 Those soldiers, more than 3,000 of them, are often referred to as Buffalo Soldiers. They ultimately served at 11 different forts across New Mexico, which was still a Territory at the time. 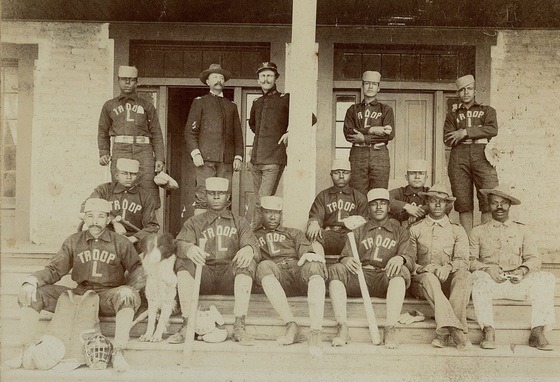 In addition to their dedication to this country, the Buffalo Soldiers were known for, their notable sports program and teams, perhaps most notably baseball. Many would go on to play in the African American baseball league or the Negro League as it was called at the time. These African American troops served in New Mexico and the Southwest through the early 20th century, fighting in the so-called Indian Wars and the First World War. 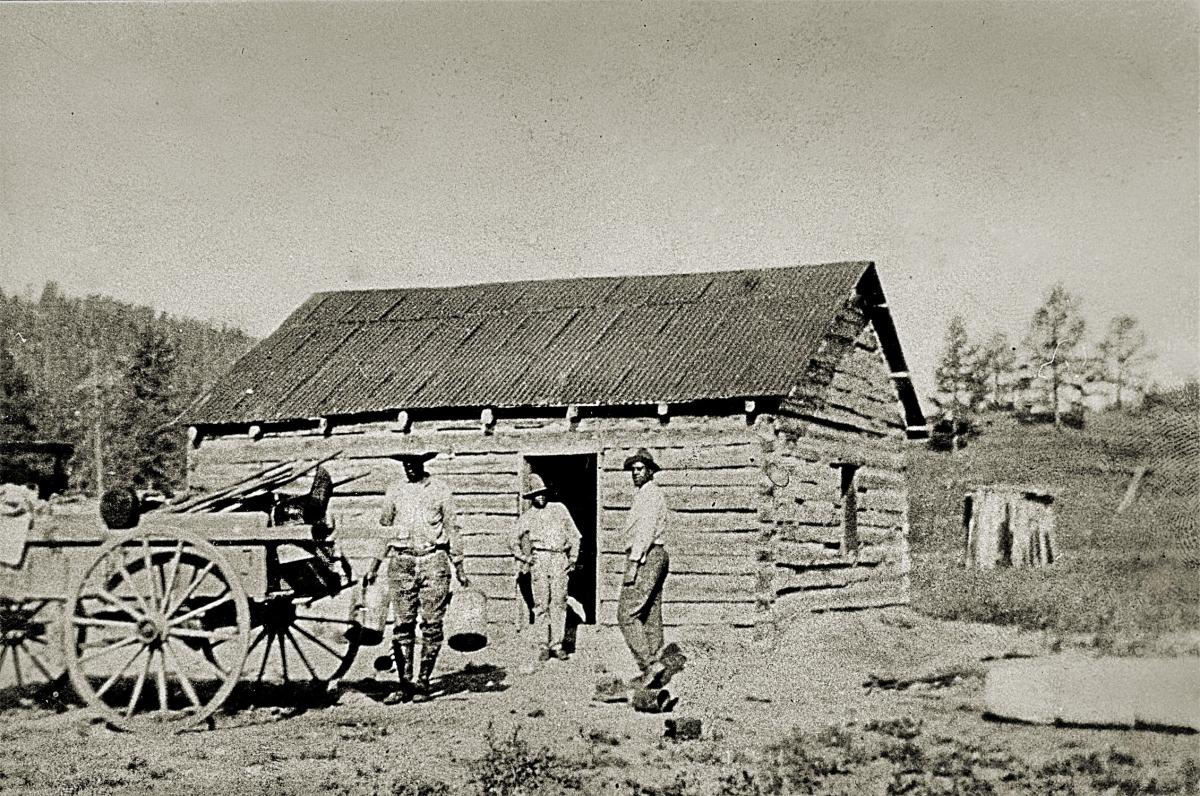 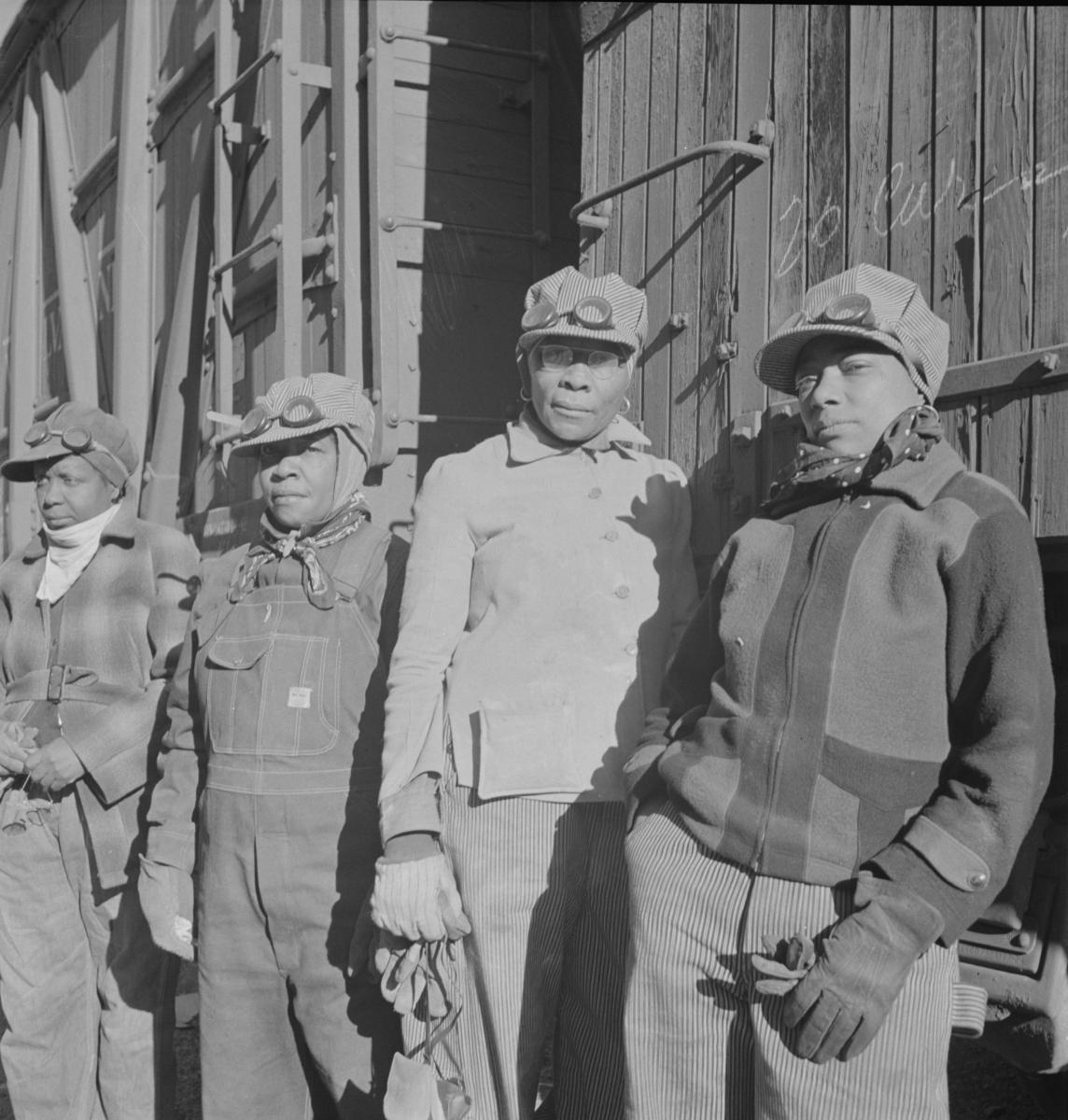 The African American communities of Clovis and Hobbs began to grow even further, as migrants drawn by job opportunities created by the expansion of the railroad and oil extraction industries moved to New Mexico. 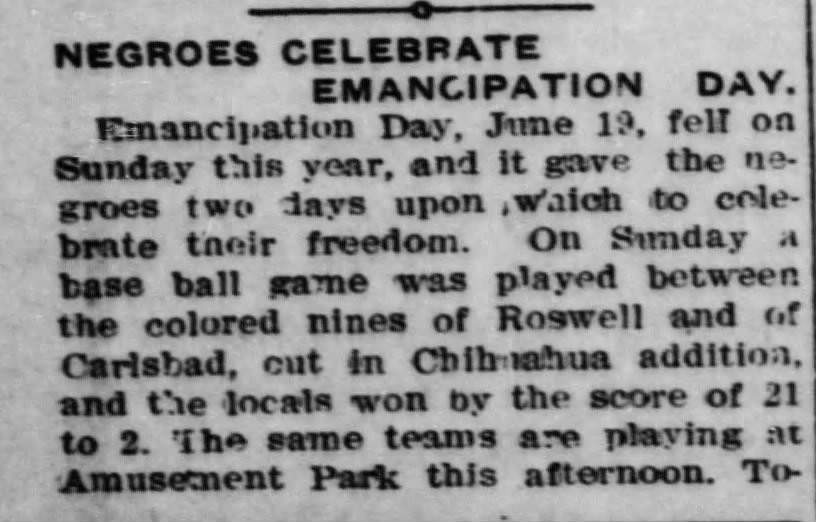 Mentions of the celebration of Juneteenth in New Mexico first appear in the 1890s, when it was more often called “Emancipation Day.”

The name “Juneteenth” seems to have taken hold in New Mexico in the 1930s, when its celebration is mentioned in local newspapers. With the rise of the popularity of Negro League Baseball at this time, baseball games between African American teams became as much a part of the celebration as picnics and speeches. Baseball itself, and the founding of the Negro League, afforded African Americans who were engaged in the League, freedom of movement that they might not otherwise have had. Efforts to racially integrate the sport also played a crucial role in the broader Civil Rights movement.

With the 2021 creation of a Federal Holiday recognizing Juneteenth, The Maxwell Museum celebrates with New Mexico and the Nation the achievements and resilience of the African American community, as sprung from the horrors of the American Slave Trade.