Puebloan Agriculture and the Migratory Behavior of Birds 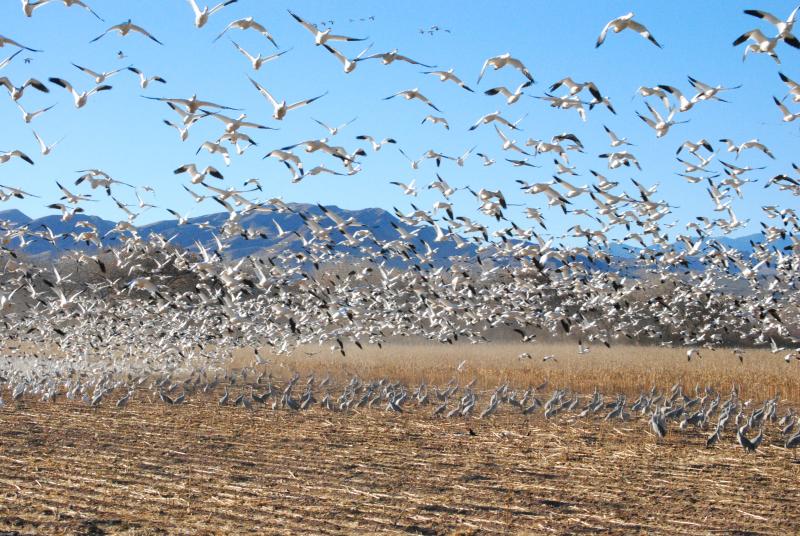 Puebloan Agriculture and its Impact on the Migratory Behavior of Birds

Each winter, the Albuquerque Basin is visited by thousands of migratory birds—cranes, geese, and ducks—who winter in New Mexico, dining on wetland resources and seeds left behind in harvested fields as well as small animals that are attracted to the fields. This was not always the case.  Recent research on bird bones (avifauna) by Office of Contract Archeology Principal Investigator Robin Cordero published in the journal Kiva reveals that Puebloan communities of the Classic Period (AD 1300/25-1600) transformed the Central Rio Grande landscape in ways that made it a desirable place for migratory birds to halt their southward travels.

Cordero’s rigorous analysis compares the nature and frequency of avifaunal remains from 20 sites of the Developmental Period (AD 600-1200/1225) to remains from nine sites of the subsequent Classic Period.  During the Developmental Period, Puebloans lived in small dispersed hamlets of one to three houses distributed along the Rio Grande and its tributaries. Bird remains are rare in faunal assemblages of this period and winter migrants comprise less than 1% of all non-domesticated bird remains. 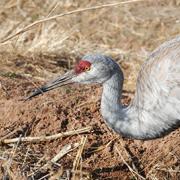 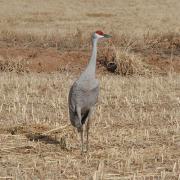 The scale of settlements increased dramatically after AD 1300, as populations aggregated into between 12 and 20 100-plus room pueblos. Carefully controlling for sample size and preservation, Cordero’s analysis reveals that bird remains increased dramatically during the Classic Period, both in overall frequencies and in the importance of wintering species. Over-wintering cranes, geese and ducks had become important components of Puebloan diets, comprising between 45 and 63% of total non-domesticated bird assemblages.

Drawing on recent studies of rapid changes in migratory bird flyways in Europe in response to agricultural expansion, Cordero attributes these changes to the transition from dispersed Developmental Period garden plots to the large Classic Period agricultural fields necessary to support the larger and more dense human populations. The creation of large tracts of agricultural fields provided abundant winter feed for migratory birds. Rather than complete their long flight from the Arctic to Mexico, the birds halted their travels along the Rio Grande. Indeed, Cordero suggests that Puebloan farmers may have increased the attraction of their fields by leaving unharvested grains behind to encourage the flocks to stay nearby. Thus, when Coronado’s expedition reached the Albuquerque Basin in the winter of AD 1540, expedition chronicler Pedro de Castañeda observed:

“A very large number of cranes and wild geese and crows and starlings live on what was sown, and for all this, when they come to sow for another year, the fields are so covered with corn which they have not been able to finish gathering.”

To learn more about Cordero’s exciting research, his article “Puebloan agriculture and its impact on the migratory behavior of birds” appeared in 2018 in Kiva (Volume 84:1, pp. 85-109). 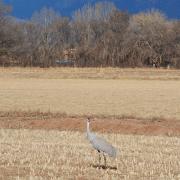