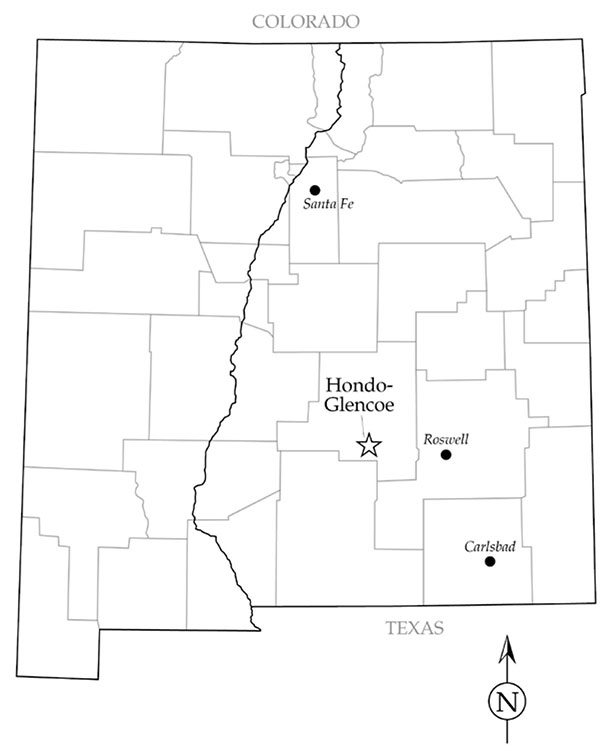 In August and early September 1971, the Laboratory of Anthropology (LOA), Museum of New Mexico excavated three sites along the Rio Ruidoso in Lincoln county for the New Mexico State Highway Department
(now the Department of Transportation or NMDOT) (Figure 1). The work actually encompassed two highway projects, the Glencoe project and the Hondo project. Initially, the field work was led by Stewart Peckham,
assisted by Frank J. Broilo and Larry S. Wells. Broilo was later given charge of the project when Peckham returned to the office to continue his duties as the chief archaeologist for the LOA. Up to eight laborers were
hired from local communities to complete the excavation crew.

As was then the usual practice, post-excavation funds allowed only the production of brief preliminary report (Broilo 1973). The present report presents the results of analyses I performed on a volunteer basis using equipment, space, and other amenities provided by Eric Blinman, director of the Office of Archaeological Studies (OAS). The OAS grew out of the LOA highway
salvage program and is now a sister agency of the Museum of Indian Arts and Culture/Laboratory of Anthropology within the Museum of New Mexico system.