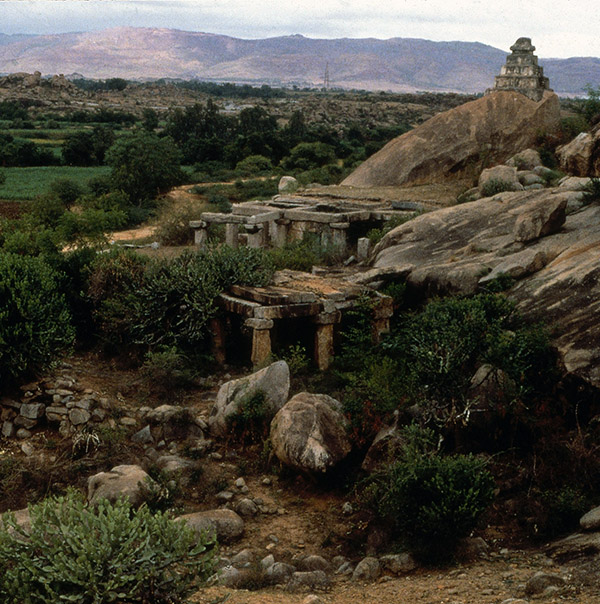 How does one document an archaeology site of 25 square kilometers? Of 450+ square kilometers? That is a challenge faced by Maxwell Museum Director Carla Sinopoli and her colleagues working at the historic city of Vijayanagara in Southern India. From ca. CE 1300-1565, Vijayanagara was the capital of a vast empire and a thriving city of more than a quarter million residents. The core of the city, with its royal palaces, markets, temple centers and residential neighborhood extended over 25 sq km; the city’s urban hinterland or “metropolitan region” of towns, villages, irrigation reservoirs, agricultural fields, craft workshops, and shrines, covered at least 450 sq km.

Vijayanagara was abruptly abandoned in 1565, following a major military defeat. Today, population growth and expanding agriculture threaten many Vijayanagara-period sites and features. However, much remains, and Sinopoli, Kathleen Morrison (University of Pennsylvania) and colleagues in the Karnataka Directorate of Heritage, Archaeology and Museums (KDHAM), were fortunate to conduct the “Vijayanagara Metropolitan Survey” (VMS) project at a time (1988-1997) when many small sites still existed. While the VMS focused on the city’s hinterland, researchers from the international Vijayanagara Research Project, the KDHAM, and Archaeological Survey of India were documenting surface features and conducting large- scale excavations in the urban core.

Taken together, the results of the VMS tell a rich story of the workings of the imperial city and of the lives and activities of the range of the diverse residents and communities who contributed to its 200+ year run. 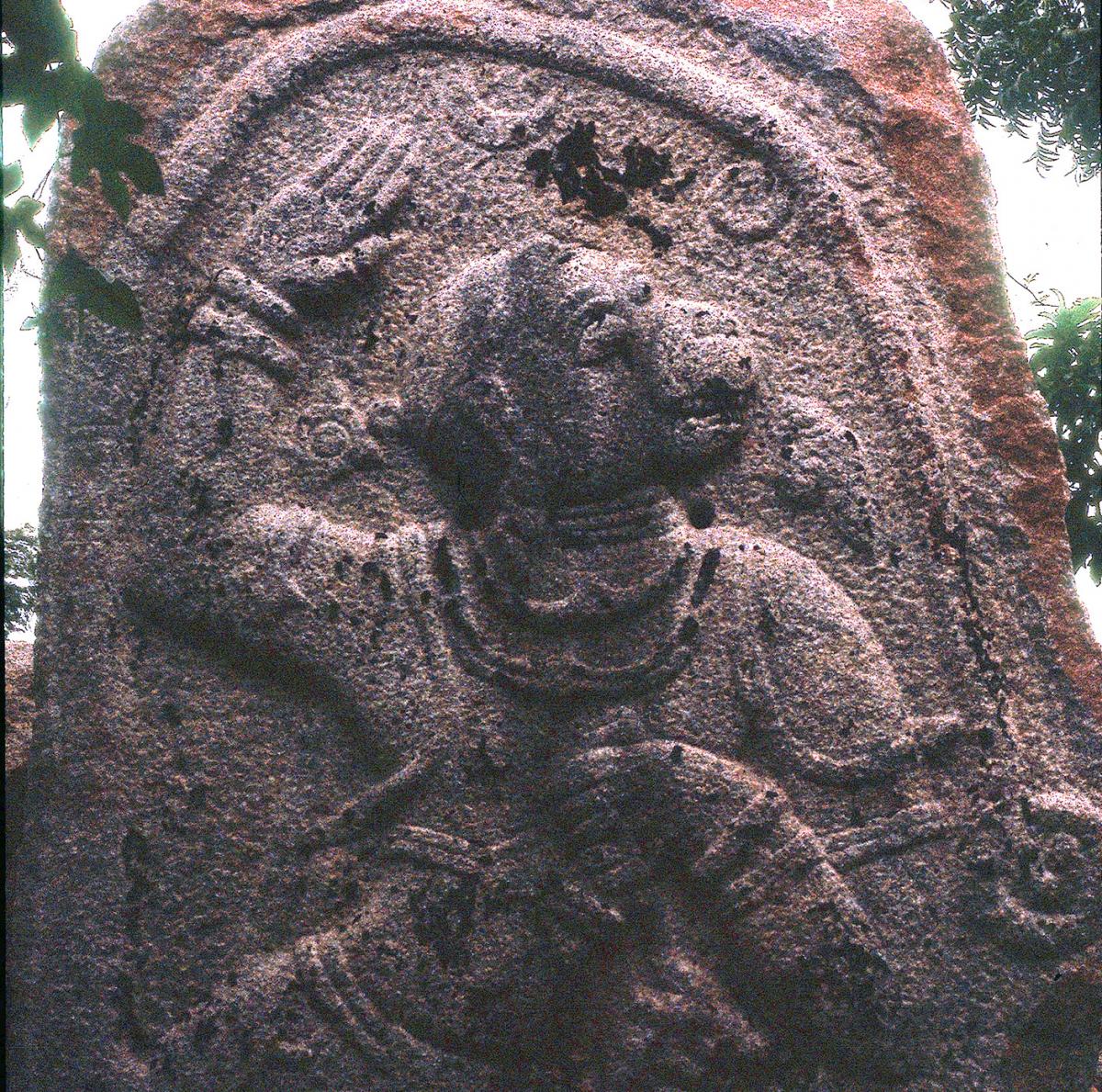 VMS 442 Engraved slab with image of the god Hanuman 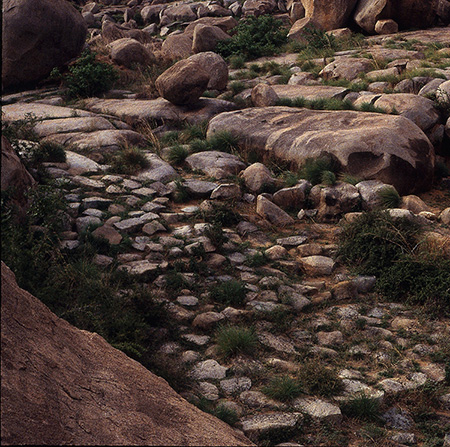 VMS 470 Segment of a paved roadway 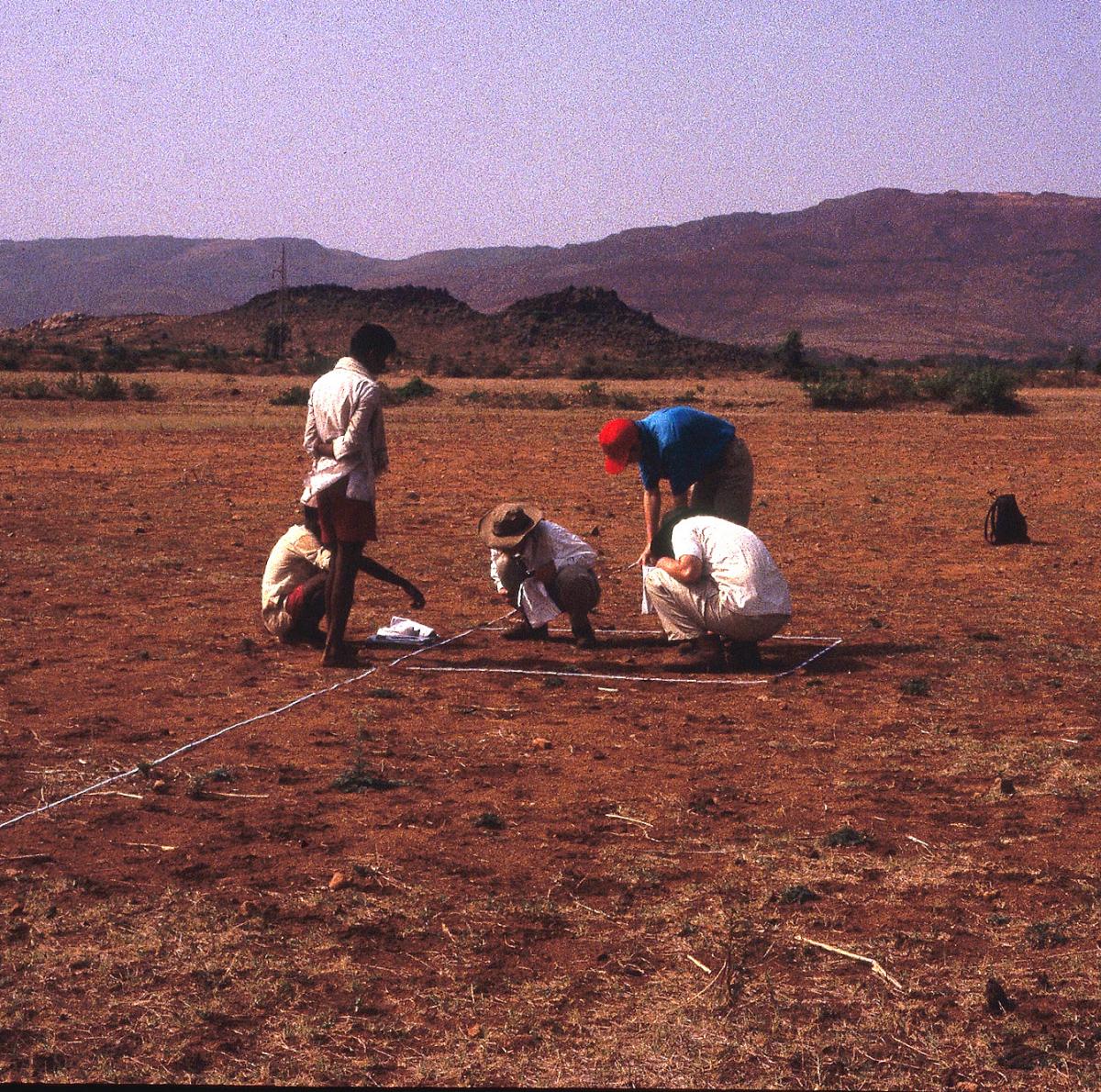 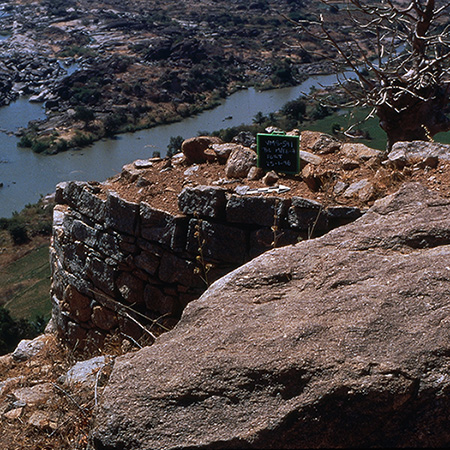 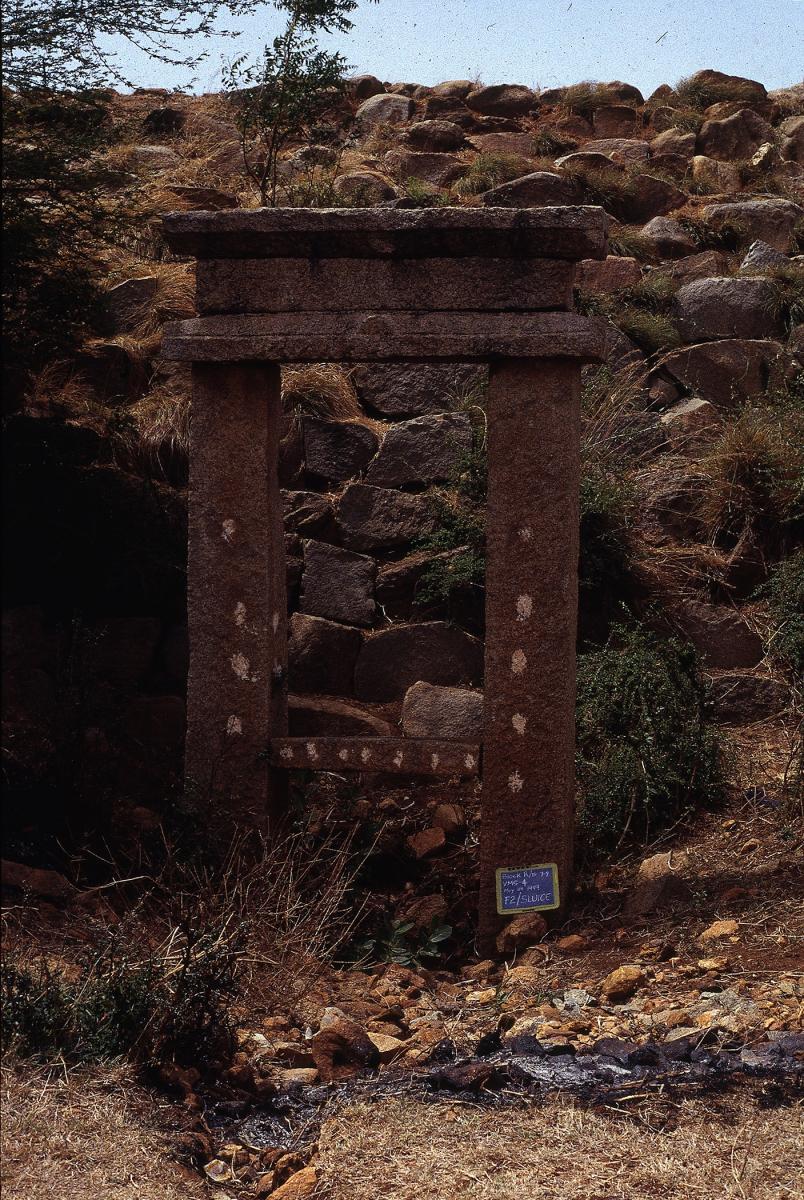