Research Wednesday: The Turkey or the Egg? 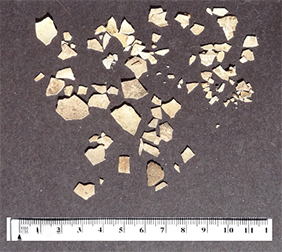 When Coronado and his entourage came through New Mexico in 1540 they reported that many pueblo settlements raised turkeys (Meleagris gallopavo), a species of large ground dwelling birds native to the New World. Since that time numerous excavations of pueblos have revealed the presence of egg shell fragments and bones assumed to be from domesticated turkeys (Windes 1993). One question has been pondered for decades --whether the eggs, (and the turkeys themselves) were used  for consumption or for their feathers to be used for both ceremonial purposes and as clothing or blankets. Numerous blankets made from turkey and a  variety of other bird feathers have been recovered and examples  can be viewed at Bandelier National Monument and  Zia Pueblo in New Mexico.

Hatchling birds can be organized by how developed the hatchlings are when they hatch  and leave the nest.  Birds which hatch and are naked, blind, and basically helpless are known as altricial birds. This group is  represented by robins, bluebirds, sparrows,  swallows and other passerine birds that have relatively short incubation periods of  two weeks or so.  They acquire some of  the calcium needed for bone growth by absorbing calcium from the yolk  prior to hatching and the rest from the food provided by the parents.

Conversely, birds that hatch and leave the nest within hours are called precocial and are represented by ducks, geese, chickens, turkeys and grouse. These birds usually have a longer incubation period (28 days in turkeys) than altricial birds and leave the nest with the parent within hours of hatching. The longer incubation times for these birds allow the embryo not only to absorb calcium for bone formation from the yolk but from the egg shell itself. Consequently, egg shells from hatched precocial birds are substantially thinner than from freshly laid eggs. If the goal was to hatch the eggs and raise turkeys it would be expected that egg shell fragments from hatched eggs in pueblo ruins would be substantially thinner than unhatched eggs. Several sources report the thickness of an fresh turkey egg to be approximately 0.41 mm (see Discussion). If the majority of thickness measurements are around 0.41 mm or so this shows the eggs were not incubated or hatched. If the majority of shells show a thickness of less than 0.41 mm we can assume the eggs were incubated and hatched. This exercise tests that hypothesis.

Full article: The Turkey or the Egg? 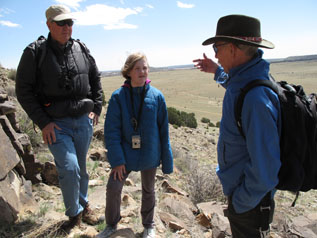