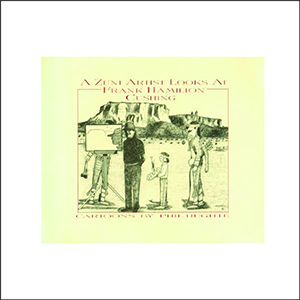 In the early 1990s, the Maxwell Museum partnered with the A:shiwi A:wan Museum and Heritage Center on the exhibition A Zuni Artist Looks at Frank Hamilton Cushing. Cartoons by Phil Hughte. The exhibition, which featured 43 works by a single artist, was shown at the Maxwell from January 1994 to January 1995, before traveling to Tulsa and Los Angeles. The cartoons were published in a book of the same name, which still can be found online and in used bookstores.

Ted Jojola, who reviewed the exhibition for Museum Anthropology (vol. 19(1), pp. 54-56) wrote of Hughte’s illustrations of the controversial anthropologist as presenting “a contemporary debate on the role of non-Indian scholars in interpreting tribal culture” and of the early leadership of Zuni in asserting the need for community support and approval of research that concerns their nation and land. 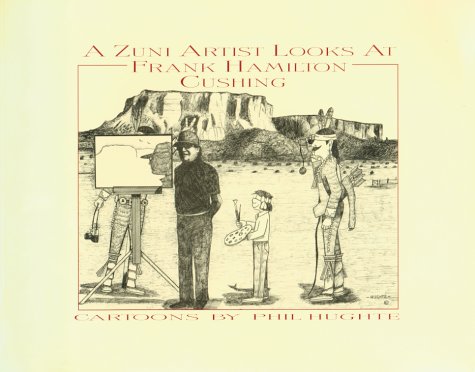 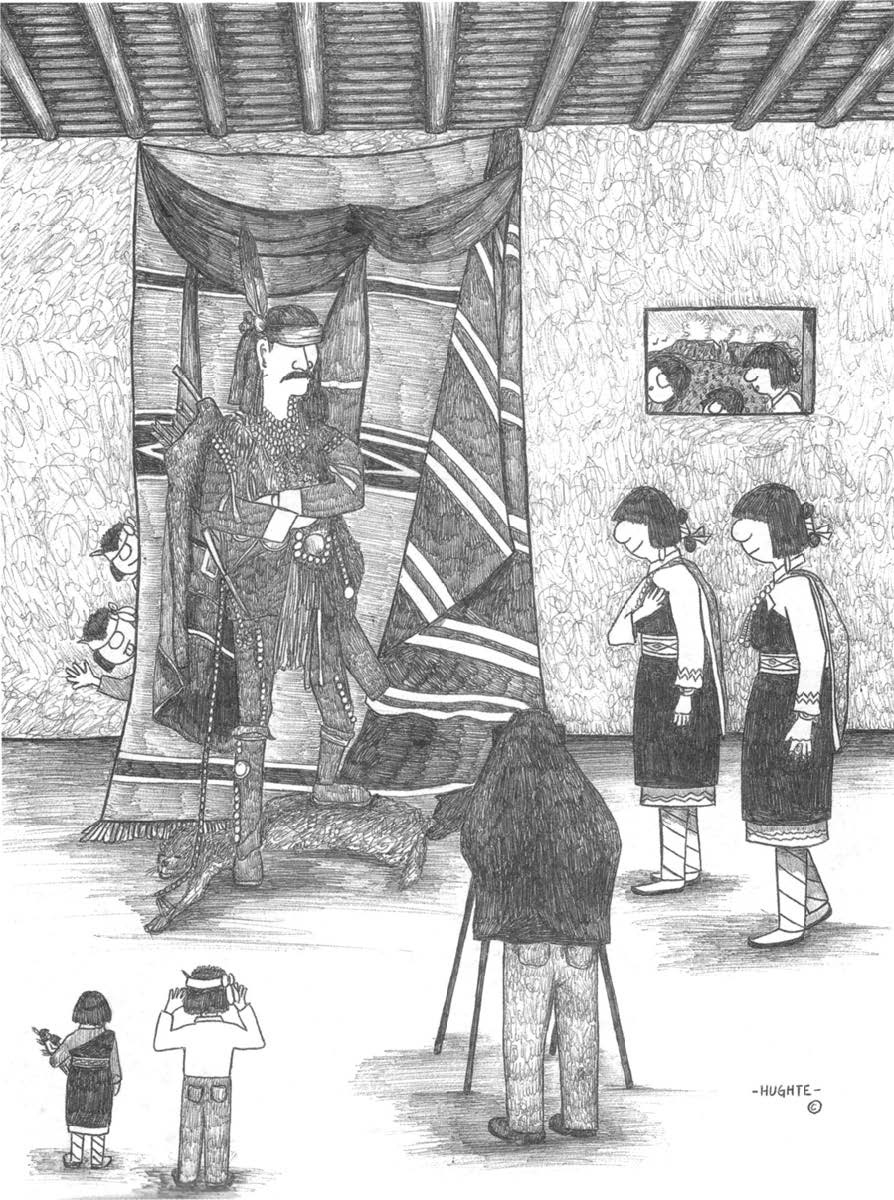 “The Big Photo” Artist’s caption: This is just an artist's perception of what I thought it might have looked like. And here, of course, are some Zuni kids making fun of him, and two Zuni ladies admiring him the way he is standing." By Phil Hughte. From A Zuni Artist Looks at Frank Hamilton Cushing.