Chocolate in Chaco and Beyond 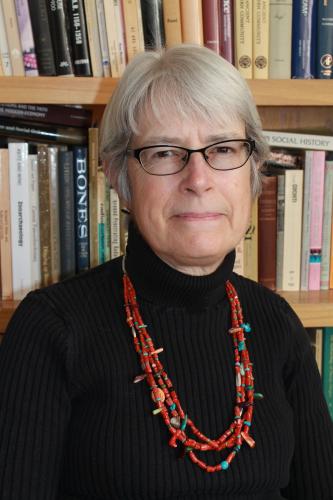 The Maxwell Museum presents renowned Southwest archaeologist Patricia L. Crown, who will lecture on her historic research in Chaco Canyon.

A decade of research on chocolate consumption in Chaco and other parts of North and South America has revealed new insights into the long history of use of cacao in ritual and exchange. The latest study shows domestication of cacao around 5000 years ago in South America, with spreading use from there into Mesoamerica and eventually the U.S. Southwest/Mexican Northwest.  Methods of preparation and consumption varied, but cacao drinks and the associated paraphernalia provide important evidence for long-distance movement of food and cuisine.  In Chaco, shifting shapes of drinking vessels indicate adoption of foreign forms, their use in competitive consumption events, followed by the dramatic rejection of the new forms.

Educated at the University of Pennsylvania and University of Arizona, Patricia L. Crown is an archaeologist who works in the American Southwest.  She has been on the faculty at the University of New Mexico since 1993, where she is the Leslie Spier Distinguished Professor of Anthropology.  She was elected to the National Academy of Sciences in 2014.  Prof. Crown has conducted field investigations in the Ancestral Pueblo, Mogollon, and Hohokam areas of the American Southwest, and has worked in Chaco Canyon since 2005.  She is particularly interested in ritual, women’s roles in the past, and how children learned the skills they needed to function as adults.  To get at these issues, she studies ceramics.  With collaborator Jeffrey Hurst, she identified the first prehispanic cacao (chocolate) north of the Mexican border in ceramics from Chaco Canyon using organic residue analysis.  She directed the reexcavation of a room in Pueblo Bonito, Chaco Canyon in 2013, and the results of that study will be published by UNM Press as a volume, The House of the Cylinder Jars: Room 28 at Pueblo Bonito, Chaco Canyon. 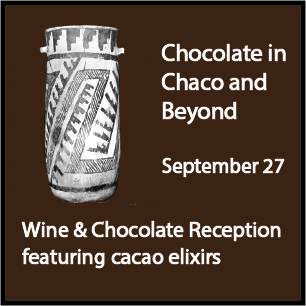 The lecture is followed by a fundraising reception with Dr. Crown featuring cacao elixirs, wine and chocolate. Proceeds support education and curation of archaeological collections. The reception, sponsored by Kelly's Vineyards Coldwell Banker, The Chocolate Cartel, Maxwell Museum and Department of Anthropology is limited to 50. Purchase tickets at the Maxwell Museum Store, by telephone (505) 277-3700 or online at maxwellmuseumstore.unm.edu.  For more information contact: mhermans@unm.edu, or 505 277-1400.