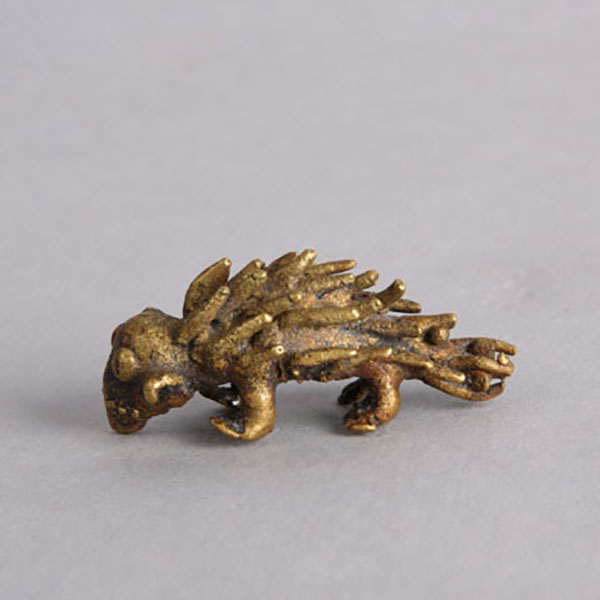 These two small brass figurines are Asante (Ashanti) gold weights, used to weigh and measure gold dust. One is in the shape on alligator; the other is a porcupine-like animal. They were donated to the Maxwell Museum in 1965 by Dr. Stella Ford Warner of Albuquerque.

The Asante (Ashanti) are an Akan-speaking people of Ghana (West Africa). The region was gold-rich and trade in gold brought prosperity to the Akan kingdoms. To regulate and control the gold trade, traders and state officials used small metal weights called abrammuo (singular mrammuo) in standard units of measure. The weight was placed on one side of a pair of scales and the gold dust was scooped onto the other side with a brass spoon.

Early metal gold weights were cast in geometric forms. By the 18th and 19th centuries CE, figurative weights predominated. These were made in a wide variety of shapes inspired by Akan proverbs and other cultural symbols. Weights were formed using the “lost wax” technique. Specialized artisans first modeled the figure in beeswax and then wrapped it in clay, leaving a small hole on one end. During firing, the wax drained away and its impression formed a mold into which molten metal (brass, bronze, or copper) was poured to create the weight. The creation of intricate figures that were accurate enough to serve as units of measure in international trade is impressive testimony to the skills of the smiths who created them.

The Akan Gold Weights collection at the DIA. https://www.journals.uchicago.edu/doi/pdfplus/10.1086/DIA910014 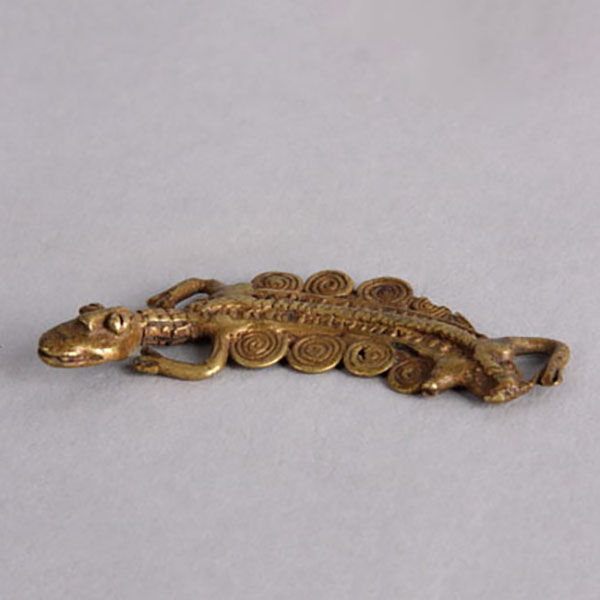