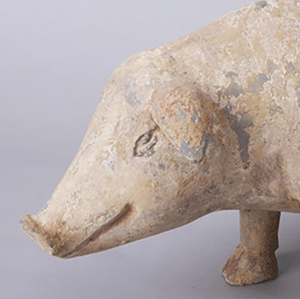 During the Chinese Han Dynasty (c. 206 BCE – CE 220) ceramic figures or mingqi were placed in the tombs of the dead to provide sustenance and for the deceased in the afterlife. The elite dead were often accompanied by numerous figures – including musicians, dancers, soldiers and other human representations -- that ensured they would be well provided for in the afterlife. Miniature granaries and ovens as well as farm animals, such as this painted earthenware sow, invoked future meals and the fecund pleasures of rural life.

To see more of the Maxwell Museum’s collection of Chinese ceramics, visit China Then and Now: Ceramics as a Path to Chinese History and Culture. 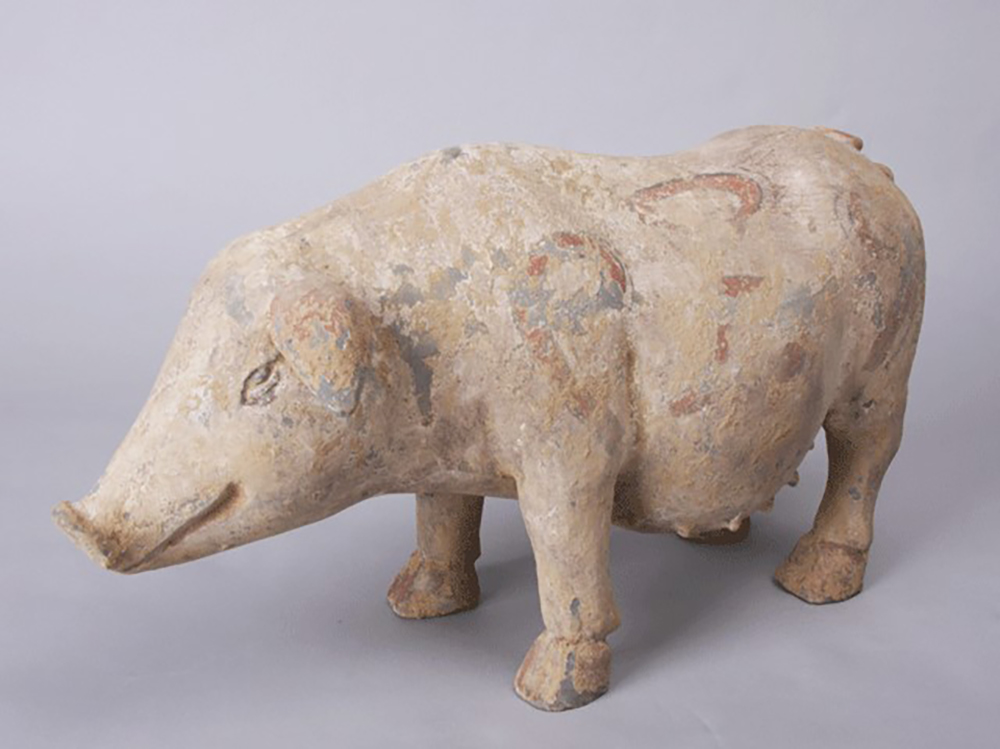