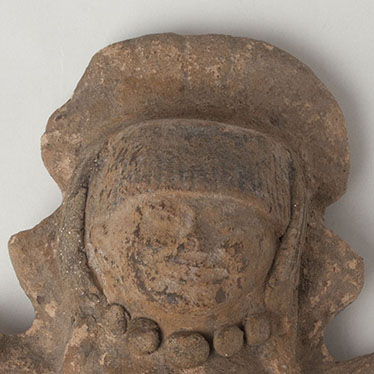 This small ceramic figurine from the Bice Latin American Collection is one of many “orphan objects” in the Maxwell Museum of Anthropology. This means that little to no information is known of its place of origin, use, meaning, and other associated materials.

Despite the lack of archaeological context, some observations can still be made. The figurine bears resemblance to objects from the Postclassic (CE 900-1520) period of Central Mexico. The face, head, and body were shaped in a mold, with the necklace and parts of the headdress applied to the surface. The outer surface reveals possible traces of pigment. The back of the object has two openings, revealing a hollowed-out interior containing a small clay ball. This clay ball produces a rattling sound when the object is moved.

Without archaeological context, the intended use and significance of this figurine remains unknown. Whether it was a whistle, child’s toy, rattle, or something else cannot be definitively determined. If you know of similar figurines, please help us identify ours.

Prepared by Mariana Lujan Sanders, Hibben Fellow and Doctoral Student in the UNM Department of Anthropology

Overholtzer, Lisa
2012 So that the Baby not be Formed Like a Pottery Rattle: Aztec Rattle Figurines and Household Social Reproductive Practices. Ancient Mesoamerica 23: 69-83. 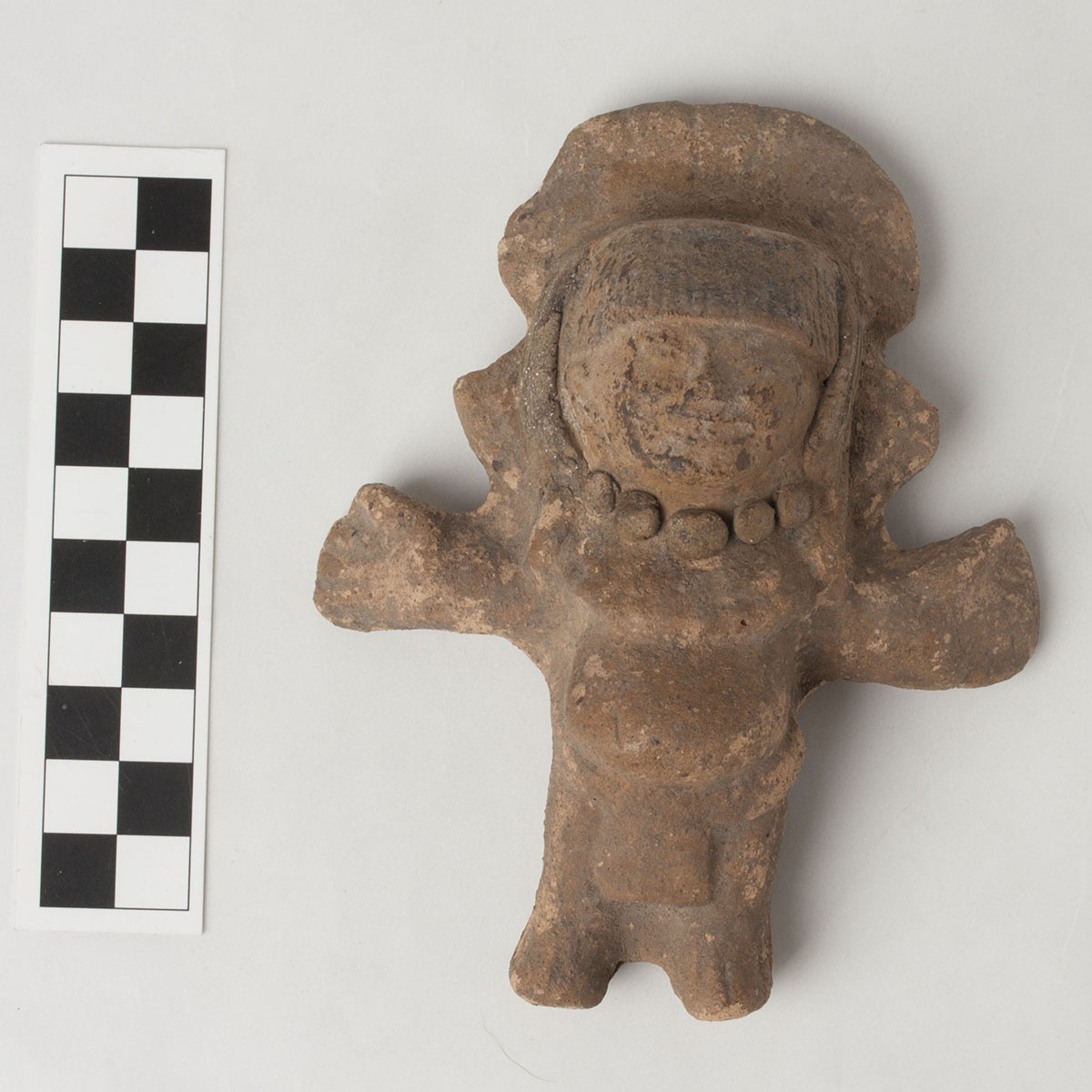 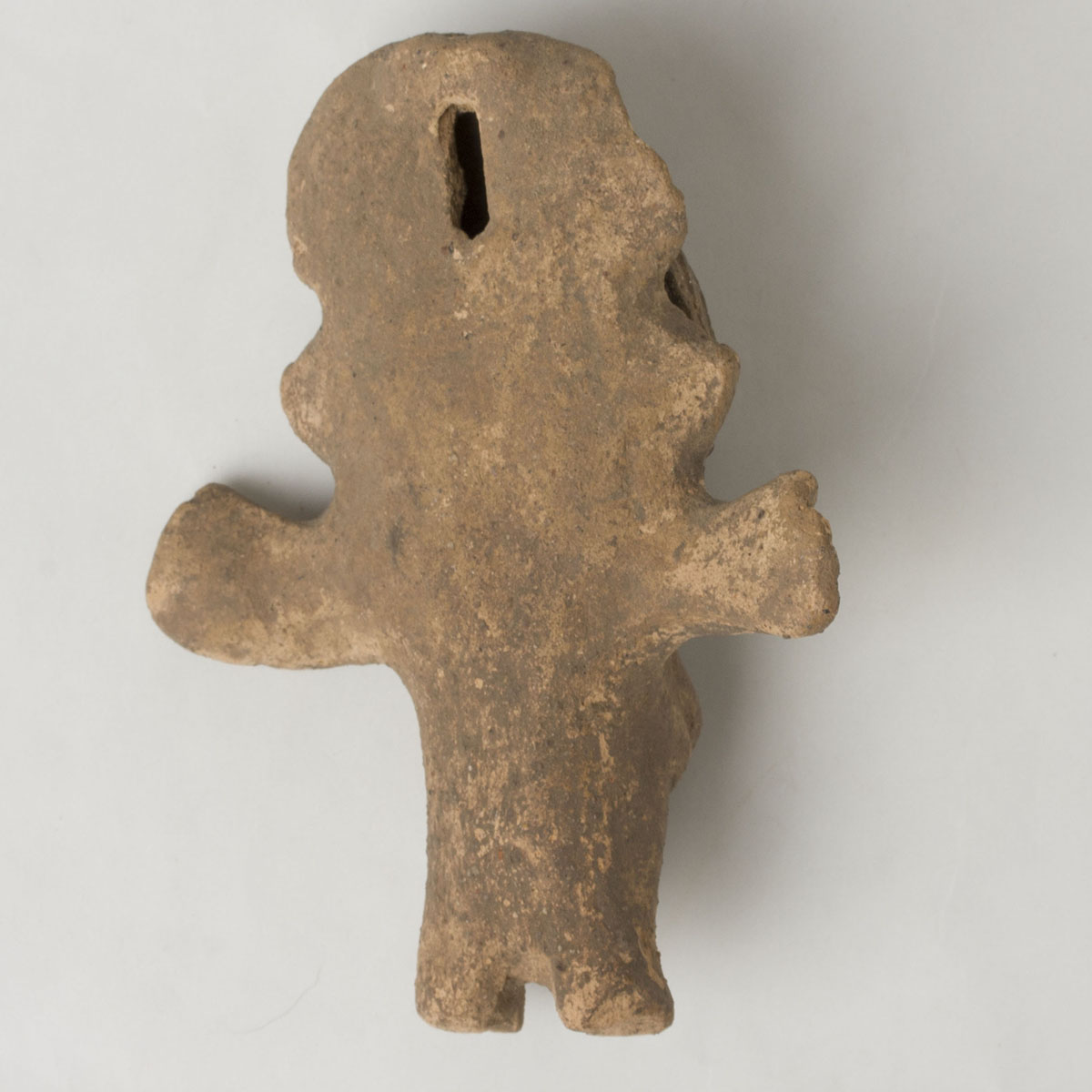