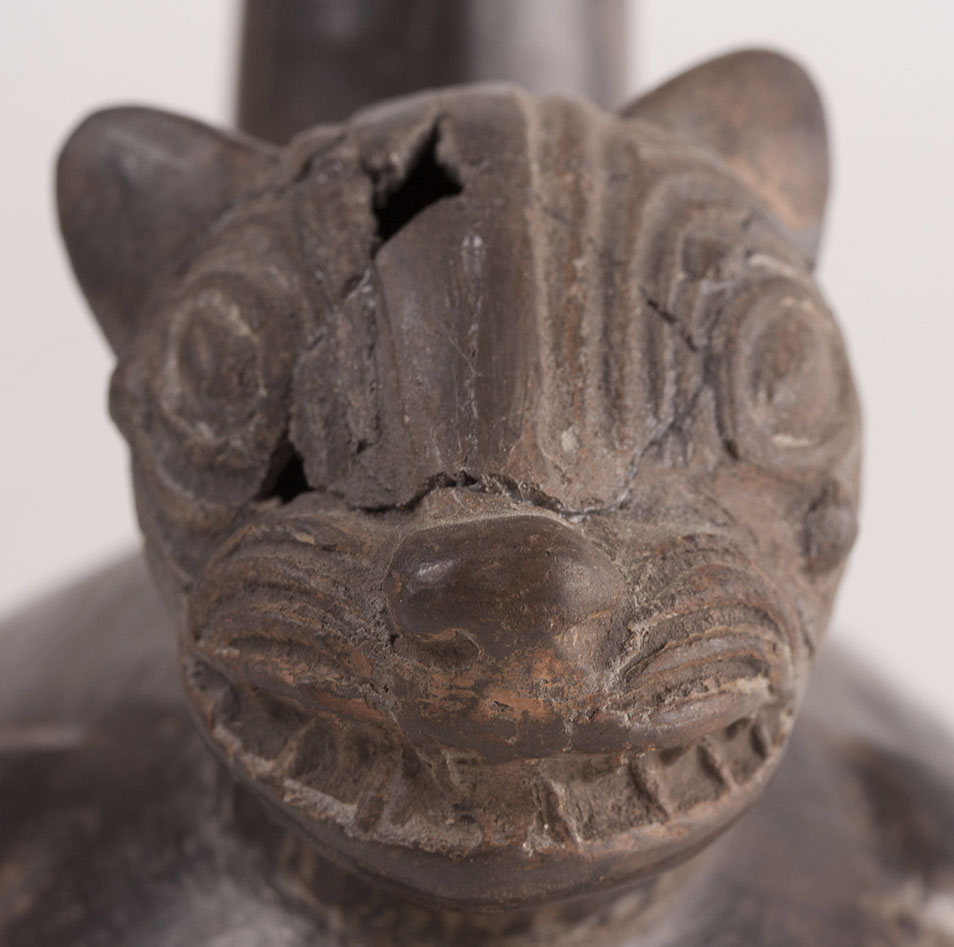 Potters of the Chimú culture (CE 900-1470), centered in the coastal Moche Valley on Peru’s north coast, created distinctive polished black ware ceramic vessels, often depicting humans and animals. This Chimú jar in the Maxwell collections depicts a crouching feline, possibly a jaguar, which was an important symbol of power in Chimú and larger Andean contexts.

Small jars such as this were produced in large quantities in large specialized pottery workshops throughout Chimú territories.  Researchers have proposed that skilled artisans shaped the original templates for vessels. Molds were them formed around them and, after drying, were cut vertically in half. Potters then pressed clay slabs into the mold sections and joined the two halves to form a vessel. The spout and handle of this vessel were likely added as separate elements, though sometimes were also mold-formed.  After drying and polishing, the vessels were fired in reducing atmospheres in subterranean pit features, estimated to hold between 50 and 400 vessels. Using this technique, multiple identical vessels could be rapidly produced from a single mold.

See more of the Maxwell’s Chimú ceramics at https://hands.unm.edu/chimu.html 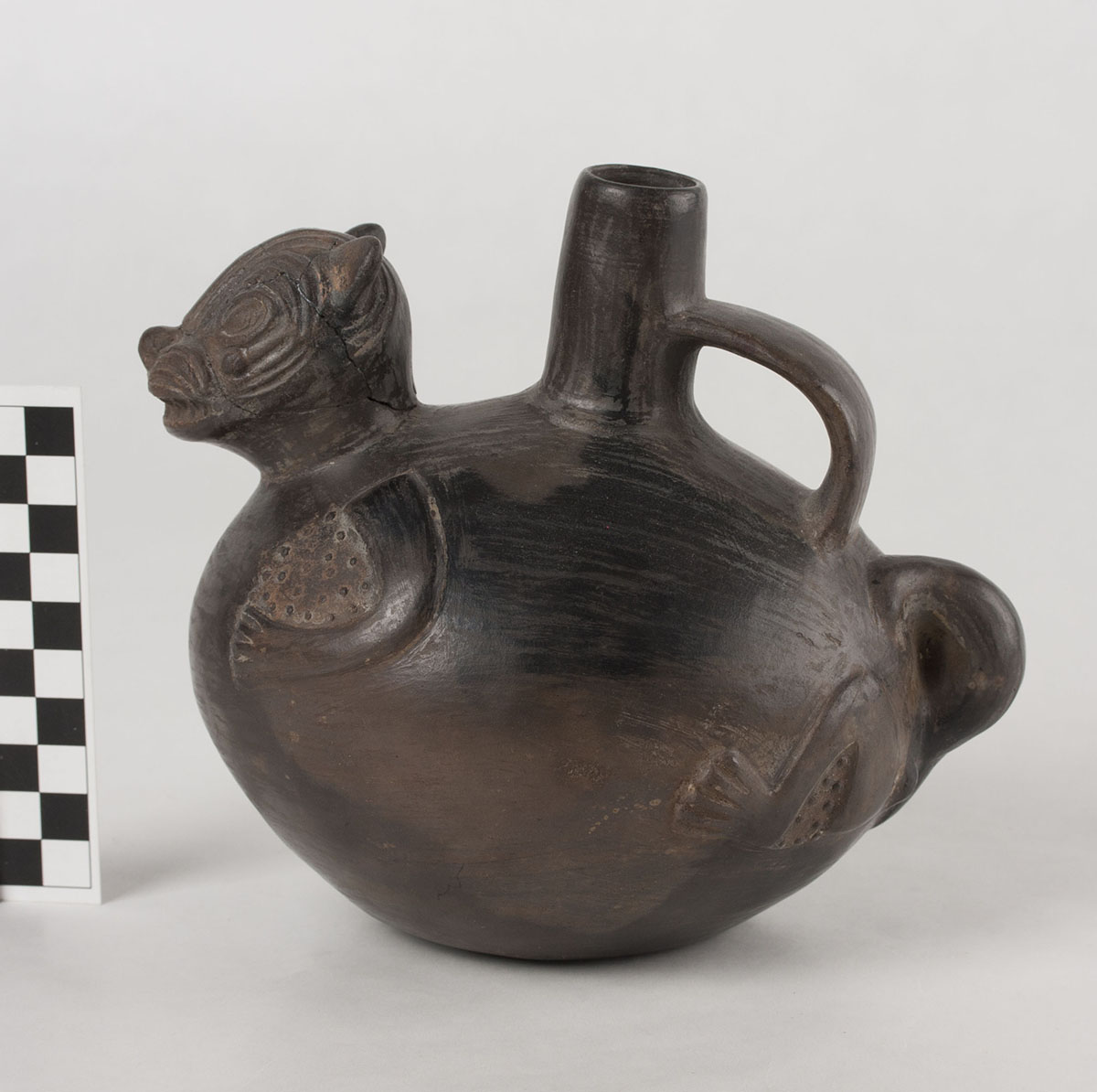