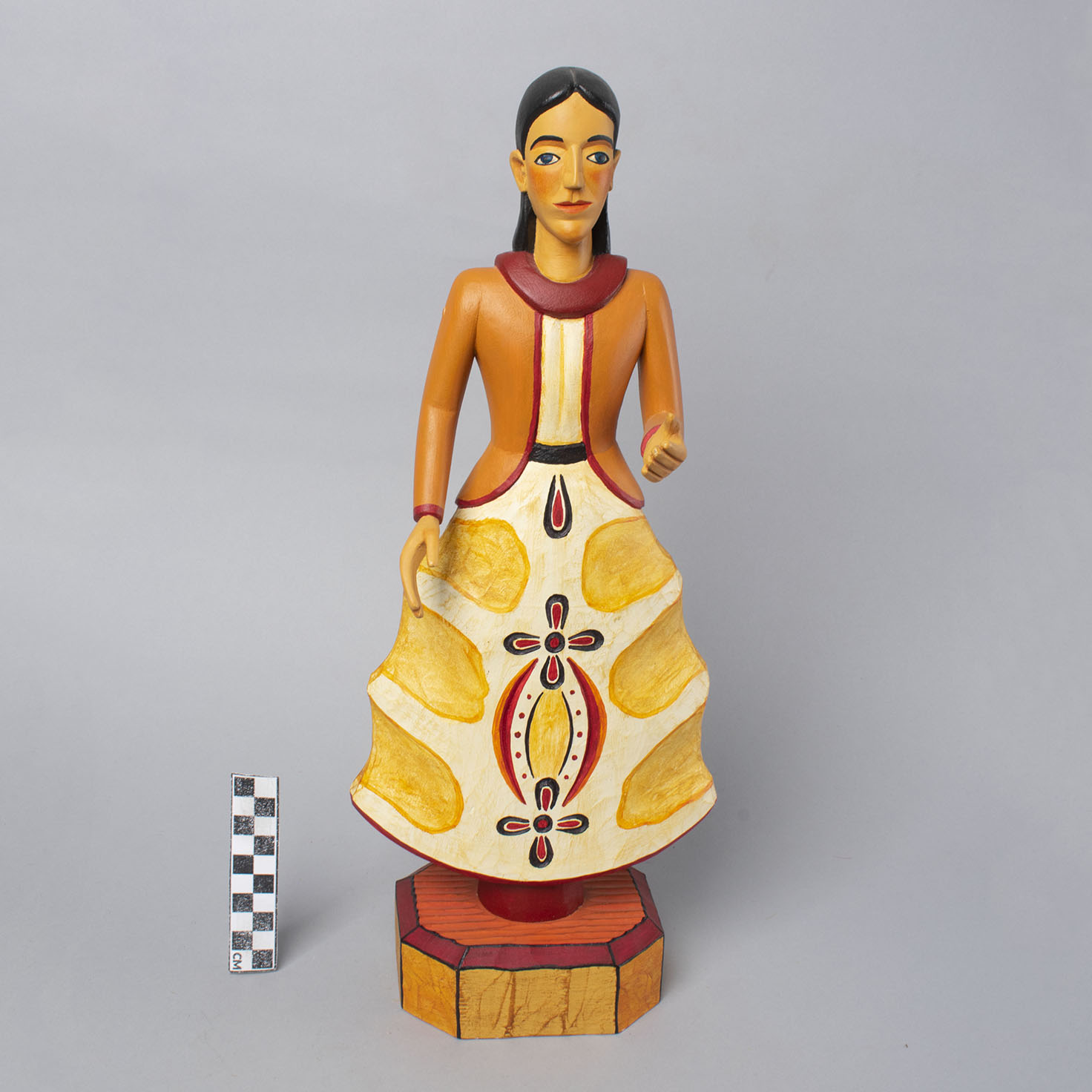 This statue is an example of the Hispanic santos artistic tradition of New Mexico: devotional carvings of Roman Catholic saints and religious images that adorn churches and homes throughout the state. Entitled “Nuestra Señora Como Una Muchacha” (“Our Lady As A Young Woman.”), this santo is a bulto, a three-dimensional carved figure.  Other types of santos include retablos (painted panels) and reredos (altar screens).

This bulto was created by renowned santero Horacio Valdez in 1984. Valdez (1929-1992) became a santero (creator of religious images, literally “maker of saints”) as an adult, after an accident crushed his right hand. He began to carve “just to pass the time” and went on to be a prolific carver during his almost 20 years as a santero. He is credited with bringing international recognition to the santero tradition of New Mexico and his work is found in many museums, including the Smithsonian Institution.

This brightly painted woodcarving of the young Virgin Mary was included in the 1995 Maxwell Museum exhibit “Cuando Hablan Los Santos: Contemporary Santero Traditions from Northern New Mexico” and is included in the exhibit catalog. The exhibit was curated by Dr. Mari Lyn Salvador, former curator of Ethnology at the Maxwell Museum and featured the work of santeros from thirteen New Mexican families. The santeros participated in the planning and implementation of the exhibition, and their quotes and essays can be found in the catalog, which is published with bilingual text in both English and Spanish. 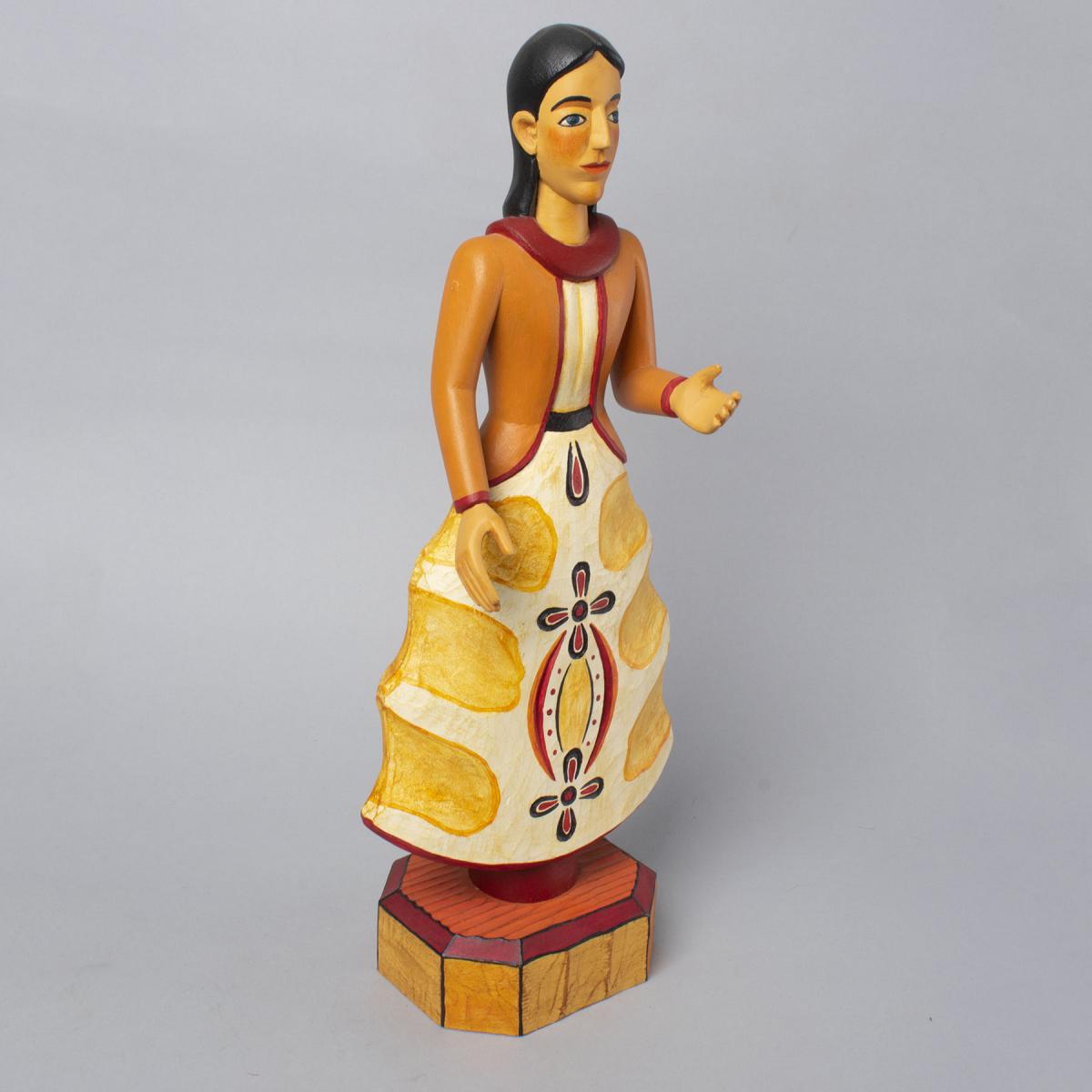